The Imo State Governor, Rochas Okorocha has described himself as the landlord of the All Progressives Congress (APC) while reacting to rumours that he has dumped the ruling party.

According to Daily Post, Okorocha was accused of dumping All Progressives Congress (APC) for the Social Democratic Party (SDP) but the Imo State Governor debunked the rumour and accused his detractors of fueling the rumour. He said:

“The known fraudsters in Imo politics who have sneaked into Imo APC have come up with the cheap and unfounded rumour of Governor Rochas Okorocha and Ugwumba Uche Nwosu leaving APC for SDP. Their first claim was ADC.

“Like we had intoned, this baseless rumour was manufactured by these fraudsters and been marketed by their agents on the social media.

“Nobody builds a befitting house and abandons it for those who are facing criminal charges for issuance of Dud Cheques and failure to declare their assets.

“Rochas Okorocha is the LANDLORD of Imo APC in particular and that of the South-East in general. And he has the onerous task of ensuring that those recruited to destroy the Party in the State and indeed in the South-East do not have their way.” 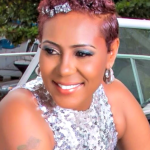 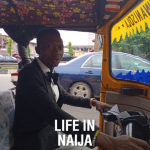