The Imo State Governor, Rochas Okorocha, and the All Progressives Congress (APC) Executive Committee members were conspicuously missing on Friday as the party kicks off its governorship campaign in Owerri, the state capital.

According to The Nation, the National Chairman APC, Comrade Adams Oshiomole and other national officers of the party were denied access into the Dan Anyiam Stadium, Owerri, after being locked outside by the state governor who failed to attend the event with the party EXCO members.

The event was scantily attended by only supporters of the APC governorship candidate, Hope Uzodinma who gathered at his Campaign Headquarters along Okigwe road where the event held.

Oshiomhole branded the governor’s action as anti-party and ridiculed his style of governance.

Although Okorocha is an APC member, he is vehemently opposed to the party’s governorship candidate, Senator Hope Uzodinma, whose election he has threatened to work against.

The governor is supporting his son-in-law, Uche Nwosu, for the governorship race on the platform of Action Alliance (AA). 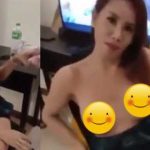 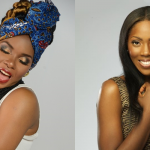