The All Progressives Congress (APC) rally held at the Dan Anyiam Stadium, Owerri on Saturday was disrupted by violence as wife of the President, Mrs. Aisha Buhari disagreed with Governor Rochas Okorocha of Imo State after the governor boasted that his son-in-law, Uche Nwosu will win the governorship election in the state and not the candidate of the All Progressives Congress, APC, Senator Hope Uzodinma.

Crisis rocked APC rally in Imo state, after the first lady and leaders of the party, and women who came from the five states of the South-East were angered by the Okorochas’s comment forcing them to leave the stadium.

According to Vanguard, During the APC Rally, Okorocha stormed the stage and said:

”The APC has not been fair to us, we are only being calm because of President Muhammdu Buhari who already has won in Imo State.

“We are going to support Buhari but let me tell you people, after we were cheated by the APC, in order to deliver the President, we formed an alliance with other political parties and leading among them is AA led by Ugwumba Uche Nwosu.

“Do not be deceived, Uche Nwosu of AA will win the governorship election in Imo State because he is on ground. “We have no other candidate, we will not support those with stolen mandate.”

“Hope Uzodinma can never win the governorship election in the state. The alliance between AA and APC is a perfect one. We are working to deliver President Buhari and Uche Nwosu in the state.”

But the President’s wife, who was represented by Wife of the Vice President Mrs. Osinbajo, disagreed and urged the crowd to vote all the APC candidates both in the state and the South-East.

“I am happy with the crowd we saw today it shows that Imo is APC and I want to urge all our youths not to fight, avoid any form of crisis because President Buhari is a peaceful man. From what we have seen today President Buhari has won the South East the same way all our APC candidates have won.”

She further urged APC faithful to remain steadfast, asserting that ”a vote for Buhari is a vote for progress. APC has done well and we must all support all APC candidates.”

Supporters of Nwosu chanted songs of victory and raised his posters excitedly in the air prior to the clash.

Okorocha’s wife also refused to recognize Senator Hope to the chagrin of APC supporters. The angry crowd booed the first lady of the State.

There were gunshots from security operatives when the wife of the Imo State governor was addressing the crowd. There were clashes between the supporters of Uche Nwosu and those of Senator Uzodinma.

Two women and some other persons sustained gunshot injury and were rushed to the hospital. Security agents had to check the looming fight between the two camps so as to save the situation.

It took the intervention of security operatives, who kept shooting sporadically in the air as they quickly cordoned off the VIP stand, where the wife of the vice-president, Dolapo Osibanjo who represented wife of the president, Aisha Buhari, was seated alongside other dignitaries. 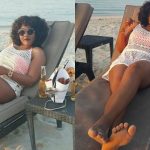 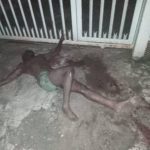