Samuel Ogundare is not your average Lagos tricycle driver a keke driver because unlike others, he dresses like a banker and drives a very clean keke and makes about N8,000 daily.

He shared his story with Pulse.

Samuel Ogundare is a 5’6 man with a clean shave, a great haircut and a certain swagger that you rarely see with commercial transporters. His dress code is more suited for a GQ photoshoot than driving on the rough roads of Lagos,

When Pulse met him in Shitta, Surulere, he was wearing a white shirt, black blazer, bow tie and a pair of suede wingtip shoes.

His keke is not the average dirty tricycle. It has a sound and visual system. It also has brown leather seats, a hand towel and specially tailored carpets in the right areas with a phone camera. It doesn’t stop there. His Keke also has a ceiling fan.

His sharp sense of style and packaging was the subject of attraction on Twitter recently. It’s not every day you see a keke driver dressed like an investment banker with a posh Keke.

Ogundare’s business strategy has garnered his names like “corporate guy” and  “Kowope,” on the streets of Surulere.

“I know people look down on Keke drivers and think they don’t know anything. This is what I do, and if I don’t stand out, and act like everyone else, how will anyone take me seriously?”

“I like what I do and I enjoy it. I don’t like to think anyone is better than me.”

When I asked whether it was a marketing tactic, he said:

“Yes and no. This is me being who I am. I like dressing well. But yes, it is also so people look at me differently.

When asked about his daily routine, he said

When asked how it all started, He said:

“I completed my Secondary School exams in 2013 – that’s five years ago. My older brother, also a Keke driver asked me to come to Lagos” he tells Pulse.

“When I arrived, I got a Keke on hire-purchase. I worked with it for four years and saved up each day.”

When asked about how he handles him admirers and popularity, he said:

“I just want to make my money and go but I like them, it means they appreciate what I do.”

“I just try to stay humble, but those people have helped me a lot with social media posts and other things.”

On women, he said:

“I have no girlfriend, but I will when the time is right.”

Would he take another job, He said:

No. He says he loves his job and wouldn’t change it for a thing. Instead, he says he would invest heavily in this business and watch it all yield results.

He’s a sensation and people are taking notice fast. Politicians are also coming in. Ogundare has an employee that drives his second keke. His name is John Kelechi who he hired earlier in the year.

Ogundare plans to go back to school for a degree in Business Administration. 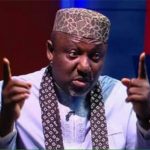 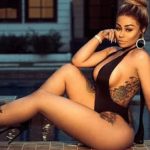