A journalist, Godfrey Chikwere has been hospitalized after he was arrested by the police on the orders of Ebonyi State Governor, David Umahi. 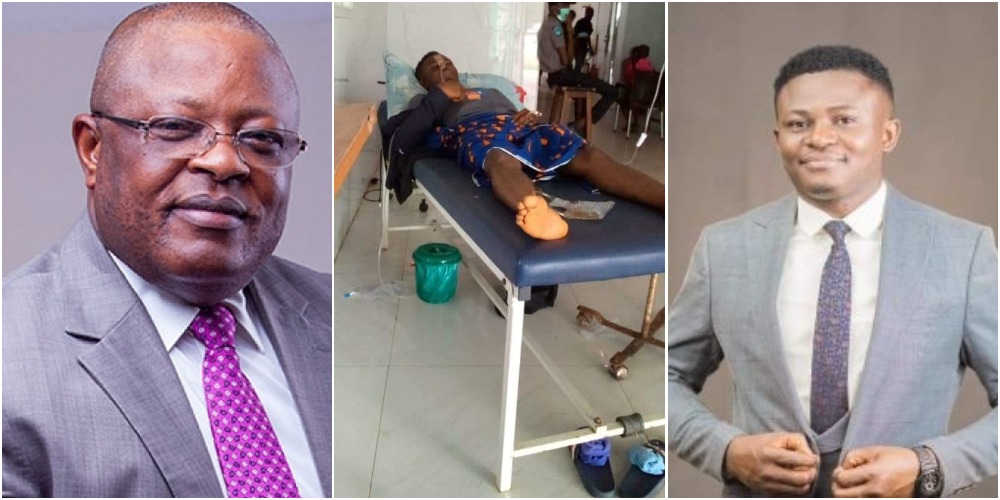 KanyiDaily had earlier reported that Governor Umahi ordered the arrest of Godfrey Chikwere over Facebook posts he shared about Nigerian politicians and the army.

In a petition signed by Ebonyi State Commissioner for Information, Orji Uchenna Orji to the police commissioner, the journalist was accused of “hate speech, incisive publication and cyberbullying.”

Following his arrest last Saturday, aggrieved youths and activists in the state had organized a protest to demand his freedom.

They also lambasted the Nigerian Union of Journalists (NUJ) for keeping mute while its member is being persecuted by the state government despite the guarantee for freedom of speech in Nigeria’s constitution.

READ:  Ex-President, Olusegun Obasanjo Accussed Of Sacking His Worker Without Paying Their Salaries

According to Igbere TV, Chikwere was released on Monday after the state commissioner accused him of sharing fake news and hate speech.

Chikwere, who is also an aide to Senator Obinna Ogba, has been hospitalized following the treatment meted on him in police custody.

KanyiDaily recalls that Governor David Umahi had also threatened to sack any of his aides who insults President Muhammadu Buhari.

Buhari Making Progress On Insecurity, But People Mistake It For Stagnation – Femi Adesina