A fleeing van driver crushed to
death a pregnant woman at Adekunle junction on the foot of Third Mainland
Bridge, Lagos. The driver was fleeing from the officials of the Federal Road
Safety Corps.

Continue to read the PMNews Reports:

According
to her step-sister, Mrs. Amina Akinpelu,
the accident occurred when pregnant Fatima,
who was expecting a set of twins, was coming back from her traditional herbal
doctor where she went to receive treatment.

On her way
home, she sat down at the foot of the bridge to rest.

Akinpelu said while Fatima was waiting for the traffic to be light before crossing, she
was crushed by the pure water delivery van driver with registration number
BDG-259XA. The driver was reversing the van at top speed in order to flee from
the road safety officials in front of Eskab Hotel at the foot of the bridge
opposite her house.

P.M.NEWS
gathered that when the incident occurred, Fatima
was rushed to three hospitals but was rejected before she was taken to the
Lagos University Teaching Hospital, LUTH, where she was pronounced dead.

Meanwhile,
youths, who were at the scene of the incident, vandalized the vehicle, but the
driver of the van managed to escape from the angry mob. However, his assistant
was arrested and detained at Adekunle Police Station, Lagos.

A youth
leader and CDA Secretary of the area, Babatunde
Babarinde, said the deceased had two children and was expecting a set of
twins at the end of this month [June 2012].

He added
that the pregnant woman, who was a food vendor, was popular in the area because
she was kind.

The
husband of the deceased also disclosed to P.M. NEWS, that the corpse of the
deceased would be taken to her home town and
the owner of the pure water van has promised to give the deceased’s
parents N700,000 for burial expenses. 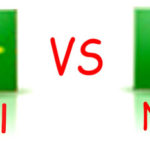