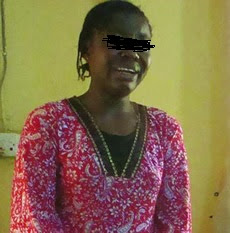 It started
as a squabble between two ladies. One was the landlord’s daughter, the
other a tenant’s little sister. In time, it graduated to a brawl.
People, including the landlord, came to separate them. And there was
peace – or so the people thought. Just when everyone was just settling
down with what he or she was doing, there was a fresh commotion.
The two ladies had gone back at each other.
This time viciously. By the time it all ended, one of the ladies lay
dead. It was the landlord’s daughter, named Rhoda. It was said that her
alleged assailant, the tenant’s little sister named Happiness, stabbed
her in the chest. Her dead body is now in a morgue in the Isolo area of
Lagos.
Rhoda, a 23-year-old hairdresser and mother
of two (she was nursing the last one before her death) was living in
her father’s house, at No. 23 Odulaju Street, Sabo, with her children.
Her father Oladuyoye Abel is a pastor with Christ Apostolic Church.
Her alleged killer, Happiness, 19, from
Nnewi South, Anambra State and a salesgirl at Alaba International
Market, Ojo, said she never intended to kill Rhoda. According to her it
was Rhoda who wanted to stab her.
Narrating the incident, Happened said she
returned from the Lagos International Trade Fair to notice that her
bathroom slippers were not at the entrance of her room. She started
looking for them and saw Rhoda’s first child of about four years wearing
them.
She continued: “I was cautioning the little
girl and I didn’t know that her mother was by the well-side. Instead of
Rhoda to caution her child, she started asking the little girl why she
should wear the slippers of a valueless, worthless, miserable and
good-for-nothing girl. She was calling me other unprintable names. It
was from then that fight erupted and her father and my brother
intervened immediately and separated us. That was about 7.30pm. Her
father was angry with her and he asked her if she was the only lady in
the compound that every time, she would quarrel with people.”
Happiness said, in annoyance, the old man
went inside the house and started throwing out his daughter’s
belongings, asking her to “leave the house as he is fed up with her
trouble. My brother also cautioned me that this shouldn’t be the reason
to fight. I wanted to go inside when she rushed at me from behind and I
shouted and drew the attention of people that thought that the fight had
ended and I fell on the door of the tenants’ kitchen and she was
holding my jugular.
“Her mother was there, I didn’t know how
she got a kitchen knife on the floor probably left by a tenant that was
cooking and wanted to stab me. I overpowered her and took it from her
and it slipped through my finger and I stabbed her. It was later that I
heard that it was on the chest that I stabbed her.”
Happiness is undergoing interrogation at the homicide section of SIB in Yaba, Lagos. 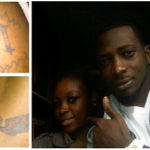