A staff of Chevron Nigeria Limited, CNL, Amadi Chinedu, was kidnapped on Refinery Road, Effurun, near Warri, Delta State, yesterday, but was rescued by the police, who shot dead four of his kidnappers at Eku.
Delta State Police Spokesman, Mr. Charles Muka, confirmed to Vanguard that the anti-kidnapping patrol teams mobilised and pursued the kidnappers. At Eku, the police engaged the hoodlums  in a fierce gun battle leading to the maiming of four of the suspects, who died on the way to the hospital.
Muka said: “The victim was rescued and three cut to size guns, one G3 rifle and two vehicles were recovered from the suspects.”
He also disclosed that an armed robbery suspect was lynched yesterday in Effurun by  irate citizens.
He said the robbery gang was preparing to strike when they were caught at about 13.30 hours and following a distress call, the police stormed the God’s Grace area, but one of them was already lynched by the time the police got there.
Muka said the second suspect was, however, rescued by the police, while two cut to size locally made guns, two live cartridges and one expended cartridge were recovered 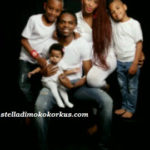