A group of married men has staged a protest at a radio station where they accused Pastor Harrison Anazodo Charles of Day Spring Assemble of allegedly “snatching” their wives, sisters, and mothers. Pastor Charles was accused by the men who visited the Brekete Family Radio, a Human Rights radio in Abuja, to protest the alleged snatching of their wives.

The man of God was accused of “stealing” over 50 married women and offering accommodation to them. Some of the men also claimed that their wives took their children while going to the pastor and their kids are now being abused by the pastor.

Social media users who know the pastor whose church is situated at an avenue by Orifite street Awada, Obosi, Anambra State, confirmed that is known for taking people’s wives in the area.

One Twitter user wrote: “It’s true i know some of this gentle men. That’s the church my mother attends that broke our family it’s unfortunate my father is late he would have love to them in this protest.” 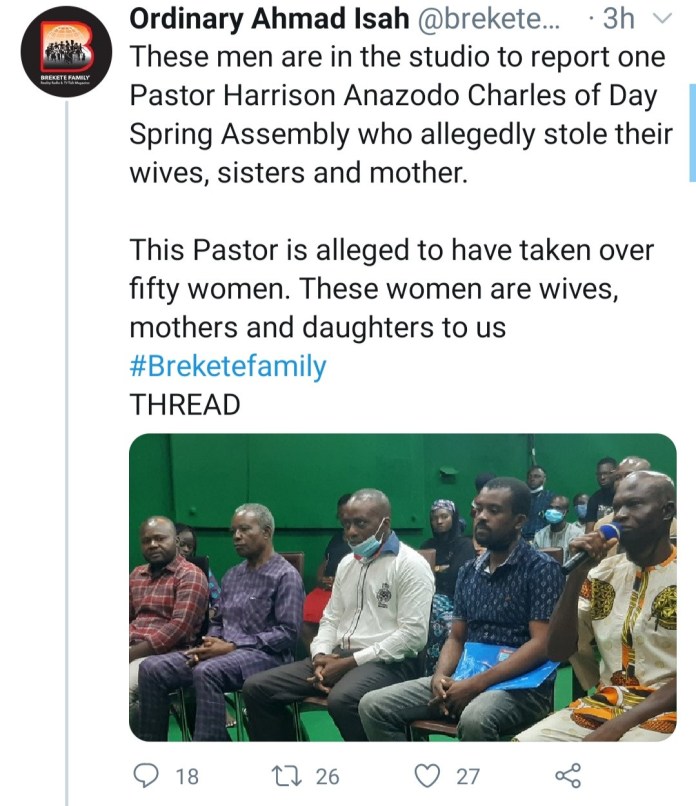 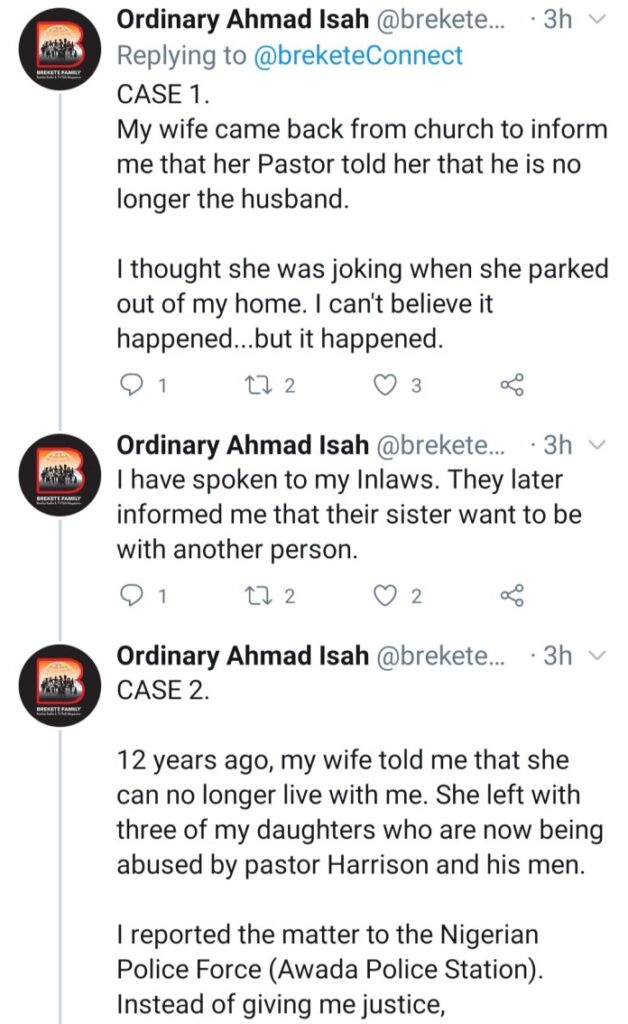 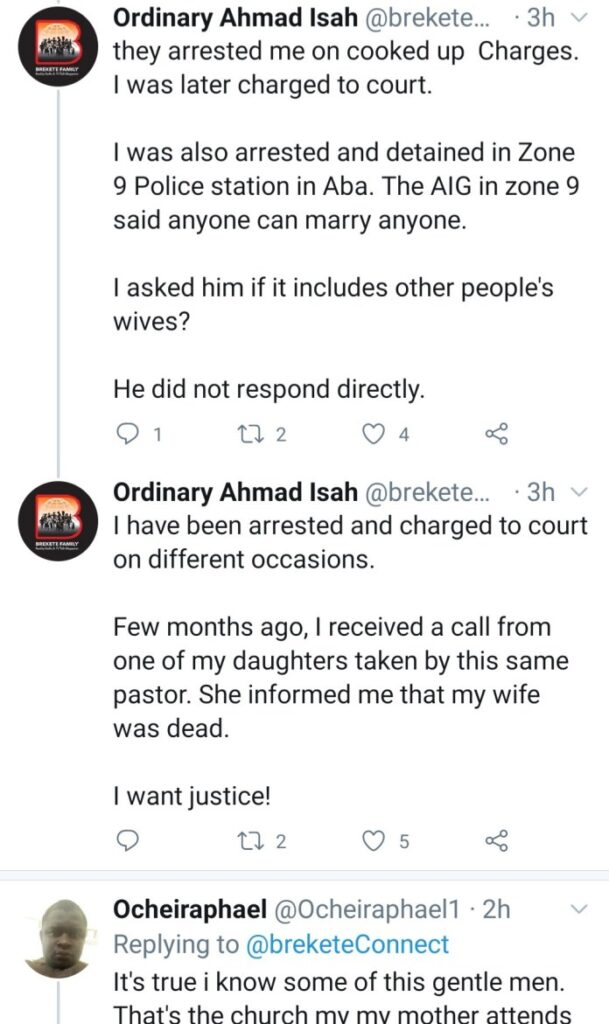 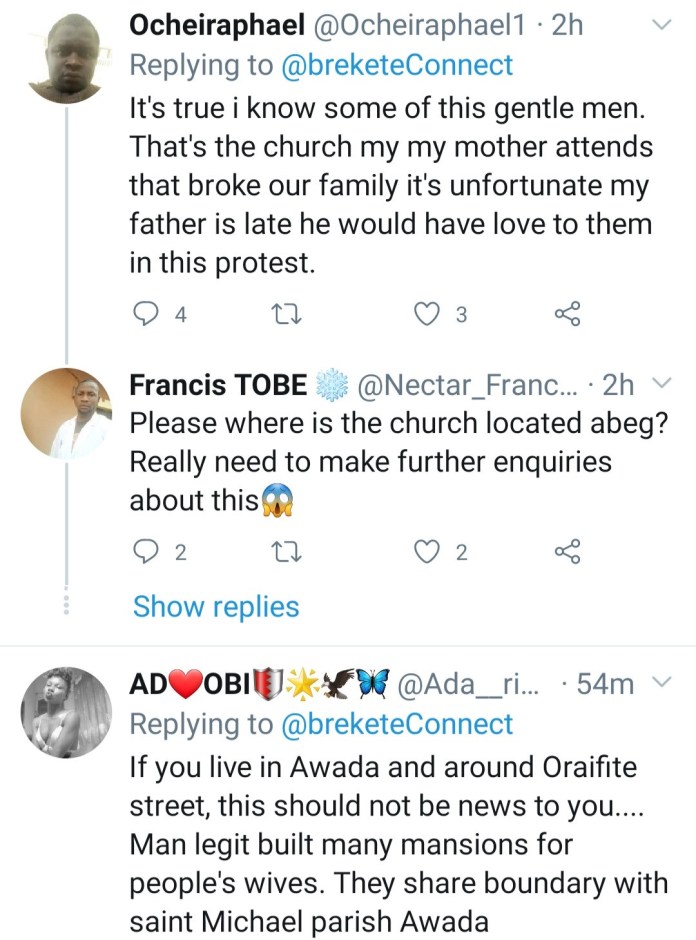 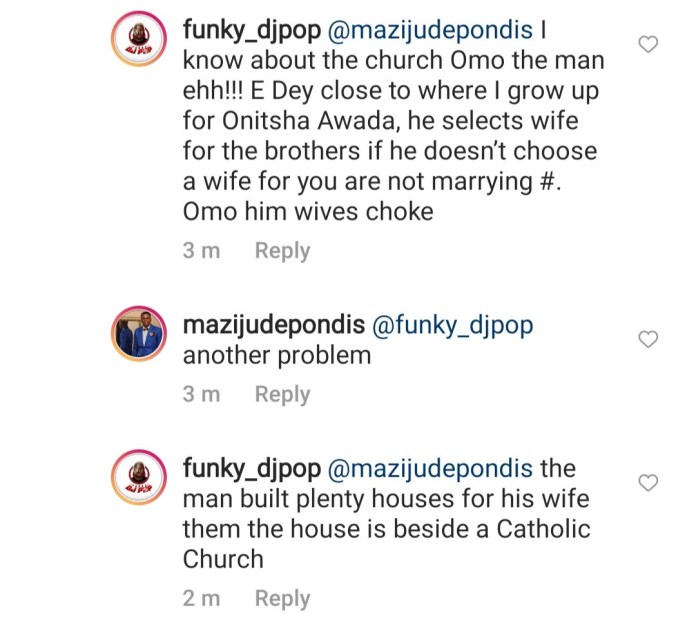 KanyiDaily had also reported how Prophet Sunday Adelaja, who is married to two wives, was arrested for allegedly impregnating a 16-year-old girl in Iwaya, Ijebu-Ife, Ogun State.