A driver of a commercial bus has reportedly ordered a Nigerian man to get out of his vehicle for supporting President Muhammadu Buhari amidst the hardship in the country. 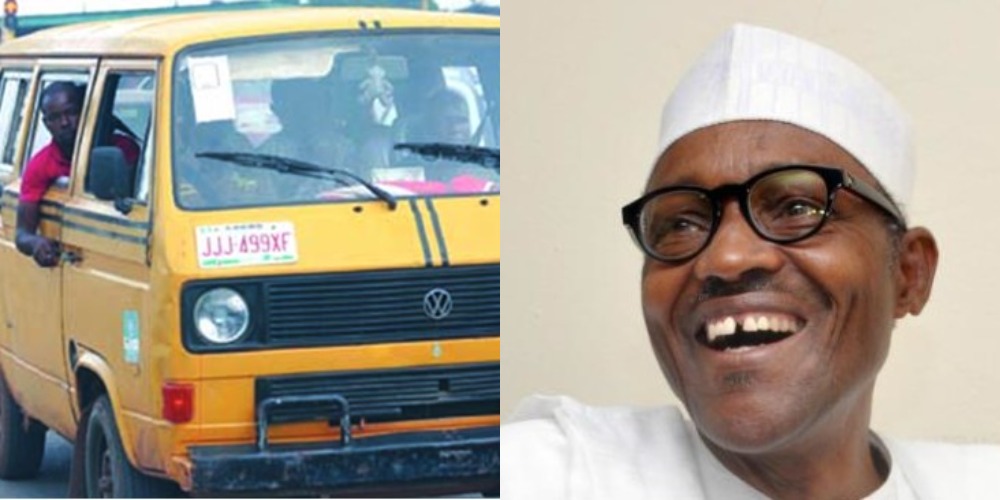 A Nigerian lady identified as Princess Jenny, who shared the story on her Twitter handle, said the incident happened in a bus she boarded when going to work on Monday morning.

According to her, the passengers were discussing the level of hardship under the current administration and a man came to the defense of the president, saying “Buhari is trying his best and with time all his enemies will be put to shame”

His utterance in support of the president was said to have aggravated the driver who immediately parked his bus and ordered the man out of his vehicle.

She wrote, ”Omo people are angry oooo…I was in a commercial bus going to work this morning and people were talking how bad the situation of the country is..

“A particular passenger just said ‘Buhari is trying his best and with time all his enemies will be put to shame’..Immediately, the bus driver stopped the vehicle and order the passenger to get out..” 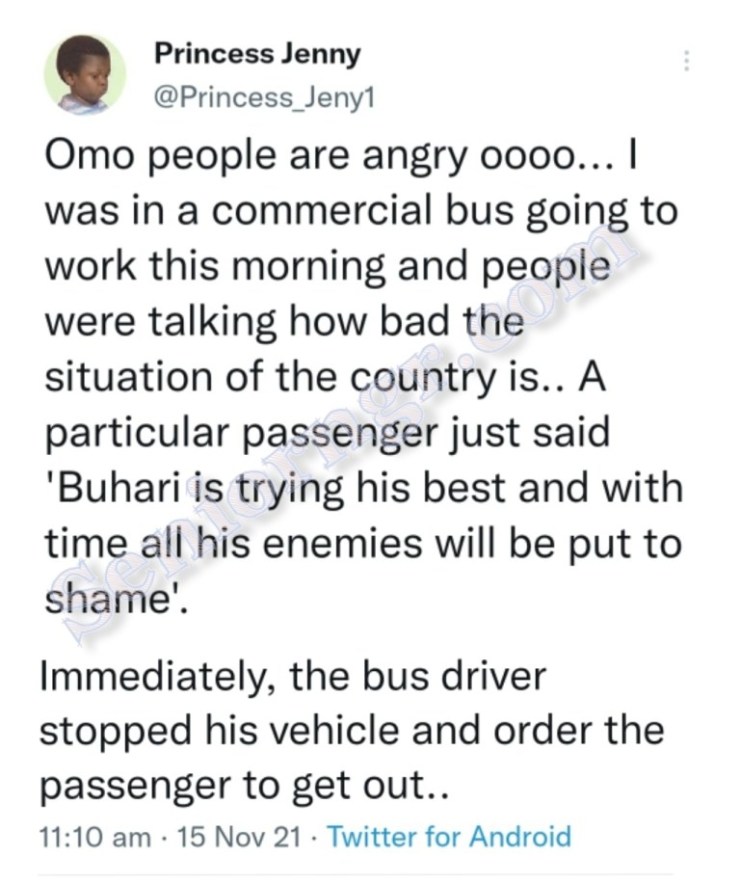 KanyiDaily had also reported how Bukar Dan Bukar, a man with two wives and 12 children, proposed marriage to Noor Buhari, the youngest daughter of President Buhari. 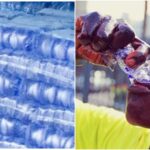