A 28-year-old man, Raphael Effiong, has been arrested by the Lagos State Police Command for allegedly killing his lover, Gift Sunday, in a hotel because she refused to marry him.
Via Punch

Our correspondent learnt that while 26-year-old Sunday, who lived on Fadiya Street, Ketu, Lagos, was a fashion designer, Effiong, an indigene of Uyo, Akwa-Ibom State, was working as a driver in a telecommunications company in Lagos.

According to the victim’s relatives, Sunday had met Effiong sometime last year, and the duo had been having an affair since then.

Our correspondent further learnt that Effiong had on many occasions proposed to marry the deceased, but the latter was said to have turned down his request stating that he was a difficult man.

On Thursday at the command’s Criminal Investigation Department quarters, Yaba, Lagos, where Effiong is presently being quizzed, a police source said the suspect revealed that he killed the deceased because she refused to marry him.
It was gathered that Sunday was allegedly stabbed his lover on the arm and the breast on the evening of Monday, July 28 after the duo had checked into a hotel on Yusuf Eleran Street, Ketu, Lagos.
Speaking with PUNCH Metro, a relative of the deceased, who identified himself simply as Dickson, said Effiong had attacked the deceased barely a month before he eventually killed her.
He said,

“The incident happened on Monday evening. It was shocking to all of us. Gift prepared some food, and took it to the hotel on his invitation. They got a room, and checked in. What then happened was that Raphael, who had hidden a pair of scissors in his pocket, swooped on Gift and attacked her.

“She began to scream, but there was no quick response. He injured her brutally with the scissors. It was after a while when some guests in the hotel heard her screams that they came around and asked Effiong to open the door, but he refused.

“They forced the door open, found Sunday in a pool of blood and alerted the policemen from the Alapere division. This was not the first time he would attack her. About a month ago, while he had come on a visit and the two were alone at home, he had attacked her because she was not ready to marry him.”

Our correspondent learnt that after the incident at that time, Sunday’s elder sister, who she was staying with, advised her to break the relationship with Effiong, but the man pleaded with his lover to forgive him.
It was gathered that after the police had arrested Effiong, the deceased was rushed to a hospital in the area, but she did not survive the incident as the doctors reportedly said had lost too much blood from the wounds.
The acting Lagos State Police Public Relations Officer, Lelma Kolle, said there was a misunderstanding between the lovers and the suspect stabbed Sunday, who died in a hospital. 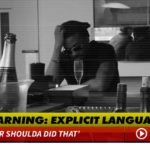 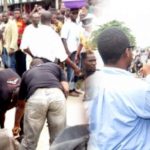