Anti-american protests raging in the muslim world over a movie, muslims said denigrated Prophet Muhammed, have made the U.S. Embassy in Nigeria shut its doors. The embassy in a statement today said that it will close the Abuja embassy and all associated facilities at 11:30 a.m., and the U.S. Consulate General in Lagos will close at 11:00 a.m. on Friday, September 14, 2012.The statement said “the U.S. Mission to Nigeria takes this action solely as a precautionary measure.” The embassy suspected that protests against the controversial film may occur in Jos, Kano, and other parts of Nigeria and therefore warned American citizens to limit their travels not beyond their residential compounds during the afternoon of September 14. ……continue reading

According to the statement, “the Embassy continues to work closely with Nigerian Police and security agencies, which continue to take proactive security measures to ensure public safety. U.S. Citizens in Nigeria should consider their personal security and to keep personal safety in the forefront of their planning.”The statement catalogued various violent actions by muslims extremists in Nigeria.“This year, extremists have attacked many locations in Nigeria, killing and injuring hundreds of people. They have threatened churches, mosques, media houses, police stations, immigration and customs offices, financial institutions, large hotels, shopping malls and markets, state government offices, communications centers, beer gardens, and nightclubs. Attackers have also burned and destroyed several public and private schools in Borno, and targeted several educational institutions in Kano and churches in Plateau, Bauchi, Kaduna, Niger, and Borno states. Additionally, extremists continue to target westerners for abduction. As such, the situation in the country remains fluid and unpredictable,”it said.The statement further warned American citizens: “All U.S. citizens should use caution and discretion when deciding to attend large functions or visit establishments identified as potential targets, and respond appropriately if they detect suspicious activities. Because of ongoing security concerns within the Federal Capital Territory, U.S. citizens should continue to expect heavy traffic congestion, road blocks, and significant police/security force deployments. All U.S. citizens should remain vigilant, pay attention to their surroundings, limit exposure to large crowds, and keep their cellular telephones in close proximity for use in cases of emergency.”Nigeria has been a hot bed of muslim insurgency and sometimes short tempered muslim reactions to actions deemed “anti-Islam”, even if the actions were committed far from the Nigerian soil.P.M.NEWS 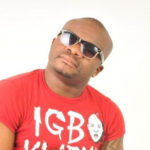 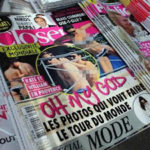