Connect with us
A woman who’s son was burnt to death by an angry mob is not mourning him. She is in fact very happy that he has been killed. 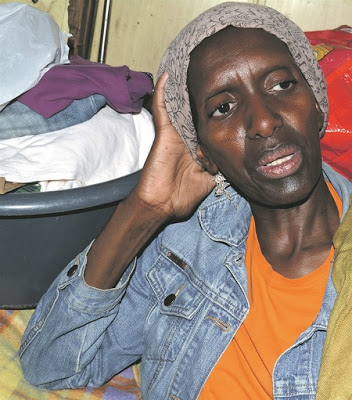 Yoliswa Mdeke says she lived a life of pain and fear when her son was around, but ever since he was burned alive by angry residents last month, she has been at peace!

According to Daily Sun SA, the 48-year-old mum from Zandspruit in Joburg, South Africa, now says she was grateful to the people who murdered her son, Sihle Mdeke, 24.

Yoliswa said her son terrorised the community and would often come home with blood-stained clothes on.

“He killed innocent people and robbed them. The police were always in and out of my shack looking for him, but he had muthi (juju) to protect himself,” she said.

Yoliswa said she tried talking to her son and praying for him, but nothing worked.

“Every time I heard footsteps outside my shack at night, I thought he was being chased by residents, “ she said.

Yoliswa said her son’s luck ran out on 22 October when he robbed a woman of her cellphone.

“Residents caught him, stripped him n*ked and beat him. Women who said he had raped them brought petrol and set him alight. I didn’t cry. I only buried him because there was no one else to do it,” she said.

Yoliswa said it wasn’t the first time angry residents had bust him.

“He was hacked with pangas after he was caught stealing in July. I thought he would change and become a better man, but he didn’t. I thank God he’s dead because he couldn’t learn to change his behaviour.”

Gauteng police spokesman Captain Kay Makhubela confirmed a case of murder was being investigated. He said no arrests had been made.

NEITI Indicts Obasanjo, Yar’Adua and Jonathan for Squandering Over N70 trillion in 15 years