Connect with us
The Nigerian presidency has ordered a discreet investigation of former president, Goodluck Jonathan, and his wife, Patience, over the spate of bombings of oil and gas facilities in the Niger Delta. 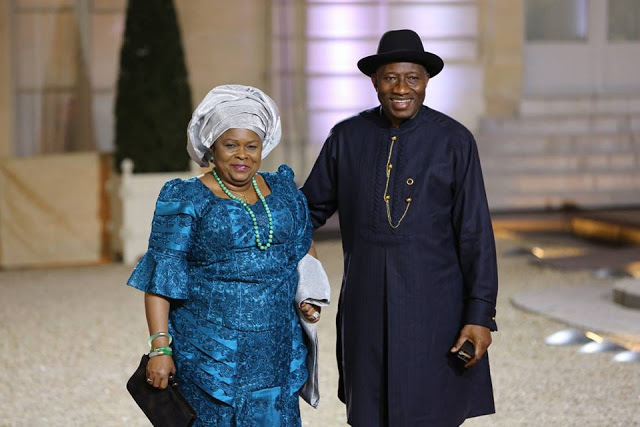 A top government source, quoting intelligence reports said it had now been established that some of the oil installations bombed in the Niger Delta had actually been mined while President Jonathan was in power, just before the 2015 election, by some of the militants and operatives known to be very close to him.

“The mining was meant to be a “Plan B should they be removed from Aso Rock,” said the official, who requested not to be named because of the sensitive nature of the matter.

“The plan then was to cause confusion if the 2015 presidential election did not go as expected, in favour of the then incumbent.”

“However, when the former president surprisingly conceded the election to President Mohammadu Buhari, according to the source, there was both disappointment and confusion in the camp of those who had designed the plan, causing a suspension of the whole agenda.

“But by February this year, it was learnt, the plan was reopened as several of the backers were getting investigated on different corruption cases.

“Mr. Jonathan himself himself was concerned that himself and his wife could be prosecuted, including on money-laundering charges where investigators said evidence against the wife has already been amassed.

“It was at that point that the bombing activities under the banner of the Niger Delta Avengers started.
“Even the former President himself had been reported while on a foreign trip as saying he knew he was under probe. This was after the plan to start the bombing had become fully operational according to intelligence reports.”

Last June, during a live interview on Bloomberg Television, Mr. Jonathan said he was aware that anti-graft agencies were investigating him.

“I am being investigated, yes, investigations are going on,” Mr. Jonathan had said after delivering a speech on his five-year presidency in London.

Mr. Jonathan’s comments came at the same time the Niger Delta governors were reportedly prevailing on President Buhari to drop corruption charges against some highly placed persons from the region.

“After the Plan B was restored, the ‘militant operatives’ who mined the oil and gas installations only had to arrange for how they would be detonated at a distance at the wish and timing of the NDA, their backers and sponsors said to include the former president, his wife, Government Tompolo, Mr. Kinglsey Kuku and Olisa Metuh among others.

“The mining was done by some of the militants that the previous government had trained under the amnesty programme, and those who acquired the needed expertise, besides their knowledge of the Niger Delta creeks and terrain.

“Experts working with the federal government are now said to be working to determine how to discover if there are still many more oil and gas installations that have been mined and explore the best means of demining them.”

In addition to the mined installations, intelligence reports, according to the official, also stated that the NDA and their backers and operatives also had the capacity to dive in and out of water to damage and bomb the installations, adding that the federal government had drawn up the full list of all those that were trained and equipped in those skills under the Amnesty Programme.

Our source further disclosed that “the game plan of Mr. Jonathan and his associates backing the NDA was to cause enough economic damage in order to force the Buhari administration to pursue a political solution to the corruption cases on which investigations were already advancing against them.

“This is to avoid prosecution and the attendant unprecedented shame of having a former president go to jail.”

According to another presidency source, “one of the reasons Mr. Jonathan visited Aso Rock earlier this month was because he was afraid for himself, but more readily for his wife against whom silent investigations had already advanced significantly.”

Some MEND members had recently alleged that former President Jonathan came up with the name Niger Delta Avengers himself, a claim he has since denied.

But the intelligence reports, a presidency official said, confirmed that it was the intervention of the former president that actually stopped the militants from the symbolic announcement to declare a republic earlier this month.
Mr. Jonathan could not be reached on Thursday morning to comment for this story. He did not answer or return calls.

So also was Garba Shehu, the senior special assistant to the President on media and publicity. He did not answer or return the calls made to him on Wednesday night.

The Special Adviser to the President on Media and Publicity, Femi Adesina, could not be reached.
However, another presidency spokesperson, ‘Laolu Akande, said he was aware Nigerian security agencies were “massively investigating the Niger Delta bombings”.

“But security or intelligence reports are usually confidential. You can’t expect me or anyone else to disclose their contents.”

US Olympic Swimmers Were Vandals Not Robbery Victims – Brazilian Police