Connect with us
Brazilian police say US swimmers invented a story about a robbery in Rio to disguise a dispute over a damaged door when the swimmers vandalized a gas station. 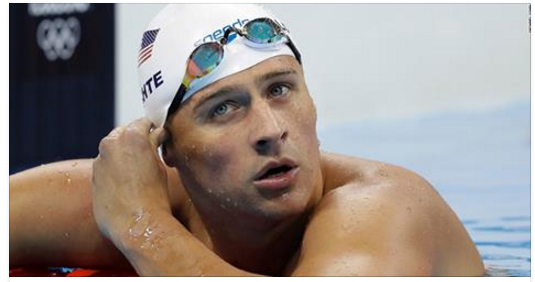 “In theory, one or all of them might be charged for false communication of a crime and for damaging private assets, the gas station. I’m not saying that they are charged right now because of that. We have to finalize the investigation and in theory that could be the case. This is not really a — this kind of crime will not lead to their arrest.”

Four American swimmers who claimed that they were robbed in Rio de Janeiro should apologize to residents, Brazilian police said.

U.S. Olympic swimmer Ryan Lochte was confrontational with security guards after they stopped him and three other American swimmers from vandalizing a gas station because he was “very angry because he was intoxicated,” said Fernando Veloso, chief of civil police in Rio de Janeiro.

Gunnar Bentz and Jack Conger were taken off a US-bound plane at Rio de Janeiro airport on Wednesday night and were seen entering a Rio police station for questioning on Thursday afternoon. Team-mate James Feigen has also remained in Brazil. Three of the swimmers remain in Brazil and are being questioned by police. The fourth, gold medallist Ryan Lochte, returned to the US on Monday.

One of the American Olympic swimmers confirmed the account that the surveillance video showed that the swimmers — Ryan Lochte, Jack Conger, Gunnar Bentz and James Feigen — were committing acts of vandalism at a gas station when confronted by security guards, Brazilian police said.

The Civil Police of Rio de Janeiro earlier told BBC Brasil that at about 06:00 (09:00 GMT) on Sunday, the four men had arrived by taxi at a petrol station in Barra da Tijuca, 16km (10 miles) from the Olympic Park.

At least one of the athletes broke the door to the bathroom, the police said, and petrol station attendants asked the Americans to pay for the damage.

A verbal dispute is said to have ensued with the attendants, and security guards were called to contain the incident. The police were also called.

While police were on their way, another customer at the petrol station served as interpreter for the athletes and helped agree payment for the damage.

When police arrived, the athletes had already gone after paying for the broken door, and they returned to the Olympic Village.

Video from CCTV appears to show the athletes being detained and ordered to sit on the ground.

Mr Lochte admitted on Wednesday to some inaccuracies in his original account of being robbed at gunpoint in the early hours of Sunday, but vehemently denied making the story up.

“I wouldn’t make up a story like this nor would the others – as a matter of fact we all feel it makes us look bad,” he told US TV network NBC.

Lochte is one of the most successful swimmers in history, with 12 Olympic medals, and he once had his own reality television show in the US. In Rio, he swam in two events, winning gold in the 4x200m freestyle relay.

Bentz competed in the 4x200m preliminaries, but not the final. He still received a gold medal after the US team’s win.

Trader Who Named His Dog ”Buhari” Narrates His Experience