Connect with us
The Ebonyi State police has finally paraded the men accused of humiliating and disgracing a teenage girl in Ebonyi state. 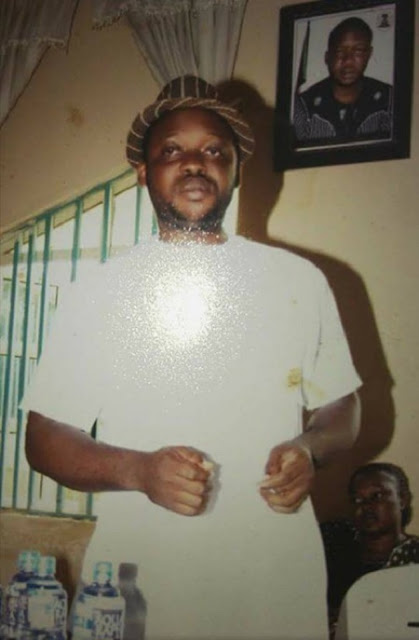 Bibian Chinenye Pius-Urum, one of the ladies fighting to get justice for Uzoamaka wrote on Facebook:

“This is the face of the man who allegedly gave the order that Uzoamaka be stripped naked and beaten, he also allegedly poured hot drinks on her naked body. His name is Ogbonna Ene Odii. His the co-ordinator of a Development Centre and not a Local Government chairman (The Sun should get their facts right).

He allegedly gave the orders. His name and face should trend and not the little girl’s. I apologise for putting up her picture earlier.

Till now, I’ve heard nothing from the Ebonyi state government. The governor is not in the country, quite understandable.

The deputy governor has said nothing.

The wife of the governor has said nothing.

Not even the SUG, the AG or the Commissioner for Yours and Sports have commented on this.

The People’s Democratic Party, Ebonyi state chapter has said nothing.

The Ebonyi State Co-ordinators Forum are silent too.

No official statement. Nothing. They are all silent on this issue and letting the media drag the image of the state in the mud.

Injustice anywhere is a threat to justice everywhere.

The three men are now in police custody

She further revealed that the police has started investigation into the matter after the culprits were arrested.

“The Police in Ebonyi State says it has began orderly room trial of three of its officers indicted in the stripping and battering of a 15 year-old Uzoamaka Chukwu in Umunaga Uburu, Ohaozara local government area of the state.

Uzoamaka was stripped naked, and battered with cables/canes by some persons in the area with the picture/ video posted on the social media.
The State Commissioner of Police, Peace Ibekwe Abdallah said after the orderly room trial, the three policemen will be prosecuted.
She disclosed that Hon. Ene Odii Ogbonnaya, Coordinator of Ohaozara Development Centre and two others have also been arrested.

“The victim has just been able to make her painful statement to the command and the case is being diligently investigated to ensure that justice will be done in this scandalous incident”, she added.

She assured that the incident will be properly investigated and that justice will be done on the matter.” she added.