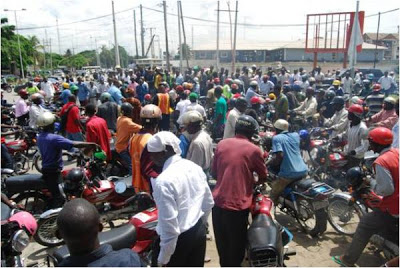 A commercial motorcycle rider, also known as okada rider in Bekwara, Cross River State, southsouth Nigeria, identified as Ifeanyi alias Koboko, played the devil’s role when he kidnapped a nurse, Mrs Helen Ilonge and she was killed for ritual.
P.M.NEWS investigation revealed that Helen, who headed the Public Health Unit in the Bekwara local government council, was taken to ritualists who beheaded her for rituals after her relatives had paid a ransom. Ifeanyi, whose father is Igbo and mother from Ogoja, in Cross River, was allegedly paid N10,000 by the ritualists to bring the victim for them….continue reading
Ifeanyi allegedly abducted the 51-year old woman at Okpogrinya Junction along the Ogoja –Calabar highway. He reportedly took the nurse, who was returning from Assemblies of God programme in Abakaliki, the Ebonyi State capital, to Ukpe, a village along the Ogoja–Ikom highway where she was beheaded and later cut into pieces for money making ritual.
The victim’s neighbour, Mrs Theresa Idagwu, told P.M.NEWS yesterday that “she called her daughter, Victoria Agah, at about 9 p.m. on the fateful day and told her that she was at Okpogrinya junction and that she is taking a commercial motorcycle to Ogoja and when she gets to Ogoja she would call again so that she can boil water for her because she was catching cold following the rain which was falling all day. That was the last call.”
According to Mrs Idagwu, the deceased neighbour at Abuochiche estate where the nurse had an apartment, the phone remained silent until the next day when a call came through from the kidnappers demanding for a ransom of N50,000 naira which should be sent through MTN and Glo recharge cards.
“And since she could not raise the money for the recharge cards, she rushed to the Bekwara council headquarters where the Head of Administration, Mr Bisong Bogbo and the chairman of council, Mr Linus Edeh, provided the money and sent it to the kidnappers.
“Initially, they said they were at Ishi Eke near Abakaliki. The voice claimed that he needed the recharge so he could sell and run away from his master who is a ritualist whom he has been serving for a long time and was tired. He said once he gets the cards they will release the woman,” she added.Tears streamed down Mrs Idagwu’s cheeks while narrating the tragic incident.
According to Mr Bogbo, “the cards were sent to the kidnappers by the daughter to the victim online and he said he will confirm and immediately after that the phone went dead. But later we heard that the woman was cut into pieces.
“It was through a tracking device that the place was located and it was in Abuochiche and some people confirmed that Ifeanyi was selling the MTN and Glo recharge cards there. And when the police swooped on him, they discovered that it was those cards sent to them that he was selling.”At the council headquarters, the victim’s colleague, Mr Gabriel Emeka Ogar, said she is probably the kindest woman she has worked with.
“I have worked with five coordinators but I know that she is the best so far,” Ogar said.According to him, the lady had worked to the satisfaction of the governor and now she has been killed, leaving her five children without a helper.
“Her husband died five years ago and since then she has been the one taking care of the children. Only one has graduated. Please let the government do something for those poor children,” he added.The Cross River State Police Command Public Relations Officer, DSP John Umoh, said the matter is under investigation and four suspects, including Ifeanyi, are in their custody in Calabar. He said the Homicide Unit is handling the investigation and when that is completed they shall be taken to court.“We have taken confessional statements from them. They claim the dismembered body was buried in a swamp. We shall exhume the body for autopsy,” Umoh said.
Meanwhile, trouble is brewing in Obanlikwu, her local government of origin as youths have for three days running been blocking the road leading to the Obudu Ranch Resort asking that justice must be done. 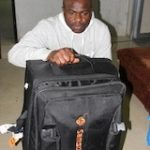 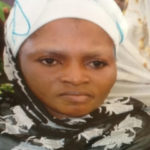