Oluigboka Chukwuemeka Emmanuel thought he had cleverly concealed about 2.4 kilogrammes of cocaine in pendants and female belts.
But his luck ran out when he was intercepted by Nigeria’s National Drug Law Enforcement officials.

The 33-year old suspect had just disembarked from a flight from Brazil when he was arrested at the Murtala Muhammed international airport in Lagos, southwest Nigeria…..continue reading

“During search, powdery substances that tested positive for cocaine were found in his bag. It took several hours to extract the cocaine from the pendants because of the complex method of concealment,” said Mitchell Ofoyeju, NDLEA Head of Public Affairs.

The agency’s airport commander, Mr. Hamza Umar, disclosed that the drug was factory packed inside assorted pendants. He described the mode of concealment as unusual.

“This mode of concealment is strange and it is the first time of discovering drugs inside jewellery,” he said.
Umar explained that the drugs were industrially packed in ear rings, buttons, necklaces, bangles as well as in female belts.
“We had to forcefully open them to recover the drugs. The entire quantity of cocaine found in the jewellery products weighed 2.472kg. One arrest has been made in connection with the seizure,” Umar said.
NDLEA said preliminary investigation revealed that the suspect, who had lived in Brazil for over five years, is believed to be working for a suspected Brazilian-based drug syndicate.

The suspect was quoted as saying, “I needed money for the burial anniversary of my late father. As the breadwinner, everybody is looking up to me for the sponsorship of the anniversary. I have lived in Brazil for over five years but I have no money to undertake this important family responsibility. My interest was the 2,000 euros they promised to pay me”.
Oluigboka is married and has a child. He hails from Imo State. The arrest took place last week.
Chairman and Chief Executive of the NDLEA, Ahmadu Giade, was quoted as saying: “Although drug barons are becoming more desperate, the agency is determined to frustrate their efforts. This seizure is yet an indication that drug traffickers can go to any length in hiding their drugs from law enforcement agents”
The NDLEA boss also called for more public support in the anti-narcotic campaign.
“The suspect will soon be charged to court,” NDLEA said. 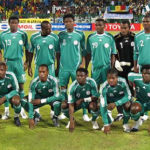 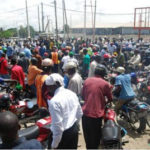