A teenage girl who took a selfie smiling happily on a visit to the Auschwitz Concentration Camp is facing a storm of protest over her actions.

Breanna Mitchell took the picture last month, but it is now trending on Twitter and has generated thousands of responses, with many questioning why she would look so pleased in such a sombre setting.

The girl, thought to be an American who has recently graduated from high school, has said she took the picture after studying the holocaust with her dad, who died last year, before he had chance to visit.

“Omg I wish people would quit tweeting to, quoting, retweeting, and favoriting my picture of my smiley in Auschwitz Concentration Camp. Like apparently is such a big deal that I smiled. Good Lord.”

“That trip actually meant something to me and I was happy about it.”

She is, though, pleased her picture has attracted so much attention.

During World War Two, more than 1.1 million men, women and children were killed at the Nazi-operated death camp, which has since become a symbol of the mass murders carried out by Hitler’s men.

The selfie, which has courted thousands of responses, has sparked outrage, with several social media users calling on the teen to remove the image.

“How can you be happy and smile in this pic? Do you not understand the horrors and murders that happened here?”

“My relatives died at Auschwitz, can I smile at your dad’s death?”

It isn’t the first insensitive selfie furore – last year a teenage boy had to write a grovelling apology after posting a grinning thumbs-up snap at a Holocaust Memorial on the selfiesatseriousplaces blog.

And last summer, John Quirke faced a furious backlash after posting a snap of himself inside a gas chamber at Auschwitz. 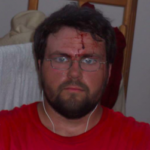 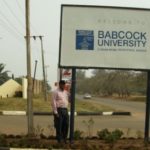