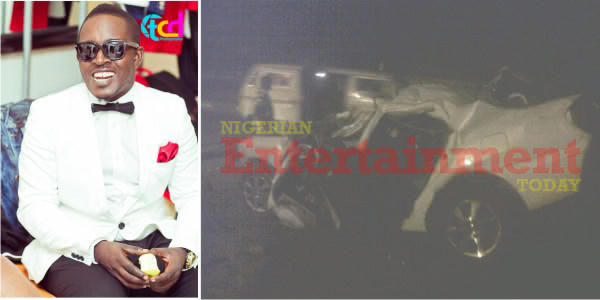 During the early hours of Saturday, October 13, 2012, Chocolate City rapper, M.I came across a gruesome accident along Ikorodu road, Lagos, involving four people, and called for help via social media.
 
The rapper tweeted, ‘I’m presently at the scene of a serious accident…We have been here for almost an hour.. And no rescue service!!! Any one that can help. Opposite Obanikoro estate on Ikorodu road. One passenger looks like they are still alive and can make it.. But we need towing trucks and jaws of life to save him… Pls help. At least 3 girls dead, the driver still alive’.
The rapper, who was still there when the emergency services arrived, saw them pull out one of the passengers “One girl has been removed from the car and is dead… Pretty young girl.. My God…”…continue reading
When NET got to the site of the incident, the rapper and his team had left, and the victims had been taken away but a few people were gathered near the scene, watching officials of the Lagos State Transport Monitoring Agency (LASTMA) clear the debris and tow the damaged car, a white Toyota Camry with plate number, TF787KJA, away from the road.
Although no one could say for sure what the cause of the accident of the accident was, a few of the onlookers who spoke to us on the grounds of anonymity, assumed it was a case of either over speeding, drink-driving or both, as they suspect the victims could have been coming from a club.
One onlooker, a man in his late forties said ‘I’m sad and speechless, look at the damage. The way these youths ride cars these days, one just has to be prayerful. They speed so much…I pity these ones o, it’s such a loss’. As the conversations and speculation continued on the sidelines, the LASTMA officials busied themselves with removing the street light which fell on the car and hindered the flow of traffic.
Meanwhile, one of the officials confirmed to us that the accident was indeed ghastly, with only two survivors out of the four passengers. He added that they were all taken to the Lagos State Accident and Emergency Centre. A doctor in the hospital, speaking anonymously, claimed that only one victim was admitted and has been responding to treatment.
M.I and his team were returning from Club Octopus, the venue of the Hennessy Artistry event, where he performed alongside Naeto C.
Reports from his team reveal that although the artiste found the sight shocking, he is presently at home, and in good condition.
However, he had a few words for drivers, which he shared on twitter: ‘Pls, people drive safely home, buckle up for safety and do not drink and drive. Also don’t let your drunk friends drive. 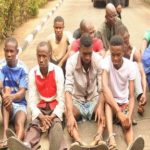