Menu
A 16 year old schoolgirl has ended her own life after no one believed her sexual assault claim.

Emily killed herself by hanging in her bedroom while her mother was at work after reporting a s*x assault which she thought no one believed, an inquest has heard.

According to a report by Dailymail, Emily Stickells, 16, was found at her home in Cardiff in May this year, just days before she was due to sit her GCSE exams.

It was gathered that the girl had been struggling to deal with an alleged sex attack, which took place 18 months earlier. The girl who broke up with her boyfriend the day before she died felt no one believed her.

Her mother Sharon Thomas said that Emily felt no one believed her claims.  But she added:

‘I believed her. It affected her school and everything. She started truanting.’


Today, a coroner described the case as ‘truly tragic’, adding that it was ‘very sad’ that she had not taken up the offer of counselling in relation to the alleged attack.

‘Despite the fact she said she was coping with the consequence of that incident [the sexual assault] her natural shyness prevented her from telling the people helping her.
‘I am very sad Emily did not feel confident enough to take up the counselling offered to her.’

Mr Atherton added that Emily appeared to have ‘deep down’ unhappiness about the incident and that her behaviour afterwards suggested ‘a lack of self esteem and confidence’.

‘Emily will be remembered fondly by pupils and staff.
‘She made a positive contribution to the school, representing Glantaf in field athletics, and was a popular and valued member of our community.’ 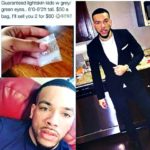 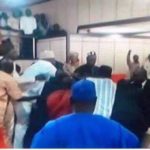