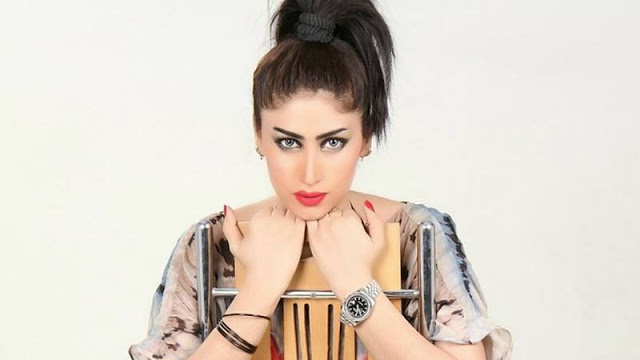 Speaking to Images, Qandeel confirmed the rumours surrounding her marriage after her ex-husband claimed to have been married to her in a TV interview a few days after the release of her music video ‘Ban’, which she describes as Pakistan’s raciest video yet. She released the video exactly 10 days ago today.

Speaking to Dawn, a man called Ashiq Hussain claims he married Qandeel in 2008 and that the couple had a son who now lives with him.

Ashiq says the marriage ended in 2009 and that, contrary to Qandeel’s claims, he never physically abused her. According to him, Qandeel hoped to have an independent life and wanted a divorce: “She said, ‘mujhe apni azaad zindagi chahiye… She wanted to do whatever she wanted.”

In this candid interview, Qandeel tells her side of the story, touching on her marriage, how she took to social media, and why she made that music video.

If only she knew she would die just days after this interview……Read on:

Images: Can you tell us how your marriage took place? What happened?


Qandeel Baloch: I didn’t run away from home. I’ve been dealing with the problem all day, telling everyone, attending their calls, telling the media. Media is not supporting me. They’re saying that I want to marry Imran Khan but I’m already married. This is wrong. What about my self-worth? My identity? I am a social media sensation, I am a fashion icon. I don’t know HOW many girls have felt support through my persona. I’m a girl power. So many girls tell me I’m a girl power, and yes, I am.

I was 17 years old when my parents forced an uneducated man on me. The abuse I have been through… It happens in places like this, in small villages, in Baloch families. This happened to me too.

I said, ‘No, I don’t want to spend my life this way’. I was not made for this. It was my wish since I was a child to become something, to be able to stand on my own two feet, to do something for myself.

But then they married me off when I was 17, 18. I was not happy and never accepted him as my husband.

What do you think will happen in a forced marriage? With an uneducated man, an animal. What would I say, that I am already married? Why would I say it?

I never accepted him as my husband in my heart or mind.

How I spent a year and a half with him, only I know. And I only did it because of the child. Otherwise I wouldn’t have spent even one month with him.

Images: Why do you call him an animal?


More deets when you continue…


Qandeel: He is. The kind of torture he has inflicted on me, you can’t even imagine. Why? Because I was cute, I was young. He was older than me. He didn’t trust me. I don’t know why. I couldn’t connect with him on an intellectual level. Our ideas were very different.

Then I had a child, so I sacrificed. I spent a year and a half with him. After the child, I told him I want to study. I want to complete my education, I want to get a job, I want to stand on my own two feet. But he never agreed.

My family never supported me. I would say I don’t want to live with him, but they didn’t support me.

That man tried to throw acid on me. He said ‘I’ll burn your face because you’re so beautiful’. And today the media isn’t giving me any credit for speaking about empowerment of women, girl power.

They don’t recognize that this girl fought. Today I am capable of taking on the burden of an entire household. But no one gives me credit for that.

Images: Can you tell us a little bit more about your journey? Last time we spoke, you said you were around 17-18 when your parents let you do TV serials on PTV.

Qandeel: I was 17-18 when I got married. When I was 19 years old… I had a child within one year. Then there were fights, arguments, being violent with me. Then when my family didn’t support me, I ran away and found support in Darul Aman. That was my right.

I didn’t know what I would do ahead. It was in Multan. The child was with me. I had kept him with me because he was really young. He fell ill in Darul Aman. He was so sick, everyone told me that I should give him back to his father, that if anything happened to him, God forbid, they would do a case on me. I had to give my son back to them.

After that, I was discharged from there. I thought now I am capable of doing this on my own. I did a job, I completed my Matric and my Bachelors. I did a marketing job, I worked as a bus hostess, I did a lot of jobs, I struggled a lot. I got out from there. The first thing I did when I got out of Darul Aman was my Matric. Then I did my Bachelors privately, I kept doing it. I did quite few jobs, in Daewoo, in Lever Brothers. Quite a few jobs. Then after a while, I started working in showbiz.

Images: When did you start working in showbiz?

Qandeel: It was about 2012, 2013. I started from zero. Small fashion shows, small photoshoots. I’ve seen a lot. I’ve seen a lot of things up close. I married my sister off, I gave jahez (dowry) for her wedding, I tried to keep relations going with my family, I bought a house for them in Multan. My parents are settled in Multan, my house is there.

Images: Are you divorced?
Qandeel: Yes, I got divorced.

Images: So if you’re divorced, why is he only surfacing now?
Qandeel: I don’t know. I can’t understand.

Images: Has he been in touch with you?
Qandeel: No, we haven’t had any contact.

Images: Would you like to talk about your child?
Qandeel: What should I say about my child? It’s his child. His son.

Images: How do you feel about him [your child]?
Qandeel: I tried a lot to keep him close to me. But they didn’t let me speak to him.

I thought when my child is older, he’ll understand, he’ll see the environment there and feel that his mother was right, that she did what was right.

“You know how they try to misuse girls who are new to the industry,” says Qandeel.

Images: Given your upbringing, how did you reach where you are today? You say that you’ve done really bold stuff. How did this happen?

You could say that this is my revenge [from this country]. I don’t do these things happily.

Images: What do you mean what you do is an act of revenge?

Qandeel: Nothing is good in this society. This mardon ki society (patriarchal society) is bad. You probably know this already, think about the problems you face yourself.

Being a girl, think yourself, how difficult it is to move around as a woman in this society. How many men do you encounter who bother you? The same way, I have struggled through difficulties to make a place for myself in showbiz. It was very difficult. What kind of problems I have faced, I don’t think anyone can understand.

Read the rest of the interview at Dawn 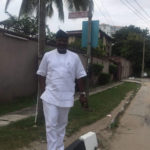 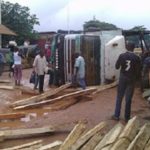