Excerpts from the interview below:

You rose to become the Senior Vice president of Viacom, what can you attribute your success to?

I think it is God and hard work and persistence and then having a strong team of people I work with. I have also great mentors across the board that have helped me. A combination of these factors has been a key to my success. I have remained humble and I also have the humility to make sure that I work harder than the next guy every single day I wake up. My passion is to be able to have the world see our youth culture so that they will all know that Africa has incredible creativity and great content and great people that can do anything in the world.

There was a time entertainment was seen as a job for people who didn’t have any other thing to do, do you think that perception has changed?

How were you able to convince the MTV network to set up MTV Base Africa?

It was being able to demonstrate that we can run a creative and profitable business. When we arrived on the scene, there weren’t so many quality music videos on the continent, so we had to train people on how to make quality music videos. We did music video workshops and we created free music videos for people. That was a way we were able to serve as a catalyst and be able to get the industry going from a music video stand point. I think that has paid off. You see today, whenever you are watching a music channel, you don’t even know the videos that are from America or Europe because the quality is high. And that is what has enabled our artistes to be able to travel to other countries because people can now accept the quality of their music videos.

But what other impact could it have had on the artistes apart from the fact that their videos have improved?

The award show is recognition of who is great. When you have a global award like the BET that would be broadcast for over a million people around and people get to see you in countries like France, United Kingdom and United State, it is just like the World Cup. I think such award raises the game because you compete to be a part of that stage. So I think it serves as a catalyst for improving the quality. We don’t necessarily do it for music videos to be better but we do it to recognise who is great in terms of being an artiste for that year.

At what point did Black Entertainment Television decide to include categories for Africans in the awards?

The BET brand is such a powerful brand. Yes, it has been US eccentric.  We had launched International BET channel. For me, it was important for us to launch Africa BET channel. But before we did that, we introduced the Best Africa Act category. Through MTV Base, we had created an echo system where there is great music and great artistes. And including them in this category creates some exposure for us. The American market will also see the artistes in a big way.    It was important for us to start building an opportunity for us, maybe one day, we can have a BET Africa award gala.

But the controversy that always crops up during  BET award is the fact that Africans are usually not happy that their artistes are not recognised or given the award on the same stage as their American counterparts. What is your reaction to this?

The controversy gets a little bit lost. The BET award is a global award with a lot of categories, so not all the categories get recognised on the stage. There is a UK Act category, French Act category and then the US categories. Those awards are recognised on stage. But I think the main important thing is to recognise the opportunity that is being created, especially the exposure and the global recognition. This is sort of a building block towards having our own show. But in the mean time, let us start recognising the African brands through the awards. Anyway, we would still continue working on this and push the agenda. But our next frontier is to try and launch a BET Africa award. 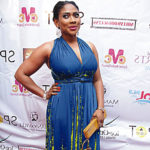 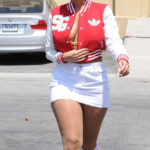