A 17-year old boy landed himself into trouble after he was caught having sex with neighbour’s 7-year old girl. He was handed over to the police where he opened up and confessed that he wanted to taste sex and lured the victim into it in order to achieve his desire.

The incident happened at Idowu Fadeyi Street in Ayobo, Lagos, where they reside.

The boy was caught by their neighbours and reported to the little girl’s parents. Her parents then reported the sexual assault to the police at Ayobo Division and he was arrested. The boy admitted and claimed, he attempted to have sex with the victim but was unable to penetrate her because of the size of his joystick.

The matter was transferred to the Gender Section of the State Police Command for further investigation.

However, the police found him culpable and charged him before the Ogba Magistrates court for rape and threatening to kill the victim.

When he was arraigned before the court, he pleaded not guilty.

The prosecutor, Mr. Christopher John, informed the court that both the defendant and the victim were minors and asked the court to use its discretion to determine the next line of the action.

The Presiding Magistrate, Mr. Peter Nwaka, admitted the boy on bail with the sum N100,000 with two sureties in like sum.

He was remanded in custody pending when he will perfect his bail condition.

P.M.EXPRESS confirmed the name of the boy and the victim but withheld both because of their ages in line with the practice of the organization. 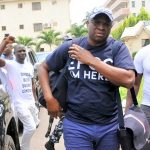