One of the hardest parts of a relationship is trusting your partner, especially if you’ve been hurt in the past or having trust issues. Most couples have found a way of dealing with it, which usually involves being open to each other. But a certain controlling woman thinks that’s not enough, she came up with a more stricter approach by listing down 22 things her boyfriend was banned from doing and made him sign it.

The list was found in a traded car and was shared on social media by Twitter user @kkeyes96. The list post has attracted a huge amount of attention from online users who are horrified by the demands – which includes not drinking unless she is present and always replying to her texts within ten minutes.

“Some poor guy traded in his car and he had a contract from his girlfriend in it.”

Parts of the list was annotated with different colored pens, and the NOTs has been underlined – just in case the poor bloke wasn’t entirely sure.

He originally posted it last year but had to take it down after people kept assuming his girlfriend was responsible for the list and sent her abusive messages. 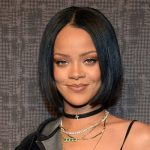 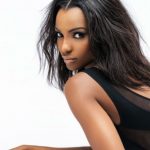