Senator Shehu Sani who is representing Kaduna Central Senatorial district has officially defected from the All Progressives Congress (APC).

Although details surrounding the decision are yet to be clear, it may not be unconnected to the withdrawal of the automatic ticket given to him initially by the party’s National Working Committee.

Shehu Sani contested for the party’s senatorial ticket along with four others. He, however, lost to Uba Sani, who won with 2,088 votes, as against his 15 votes.

Other aspirants, Usman Ibrahim, got 129 votes, a former Senator, General Sani Saleh got 55 votes, while another contestant, Shamsudeen Shehu, got six votes respectively.

Shehu Sani who was not present at the primary described it as a “Kangaroo” exercise. 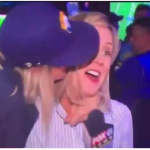 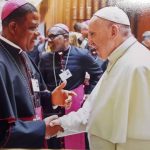