The Presidency, has assured all Nigerians that there is no need to panic over Nnamdi Kanu’s public threat of returning to the country “with hell’’ after he was spotted in Jerusalem. Read the report HERE.

The Leader of the Indigenous People of Biafra (IPOB), Nnamdi Kanu was spotted on the holy ground in Jerusalem a few days ago, as usual, he made a public outburst about being out of Zoo Nation, Nigeria, and declared he will be bringing hell to Nigeria.

On Tuesday, the Senior Special Assistant to the President on Media and Publicity, Malam Garba Shehu, made a statement about Kanu’s outburst where he stated that Nigeria under President Muhammadu Buhari was strong enough to defend its territory against any threat. He said:

“Instead, we see the re-enactment of his bizarre, episodic threat as a mere distraction which will not be allowed to detract from the existing cordial relationships between Nigeria and other countries.’’

“Nigerians have nothing to fear from this.”

According to him, the Buhari administration is in constant touch with other friendly nations and has the best assurances that they would continue to reciprocate the respect Nigeria has for the sovereignty of their nations. 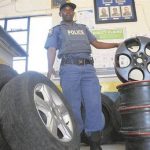 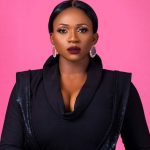