Ex-militant leader, Asari Dokubo has issued a warning to Igbos against supporting an Election Boycott ordered by the leader of the Indigenous People of Biafra, IPOB, Nnamdi Kanu.

Asari Dokubo described Nnamdi Kanu as a ‘Traitor and a Coward’ who goes into hiding, collecting money and other benefits from those working against the group while his members are being slaughtered.

The ex-militant noted that President Muhammadu Buhari has killed many IPOB members and the only the group can retaliate is to use their PVCs against him, and not by boycotting the election which would end up being a benefit for Buhari’s re-election.

He advised Igbos to come out in huge numbers and vote adding that if they follow the boycott, it will be a disadvantage of ‘biafrans’. 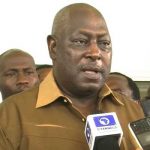 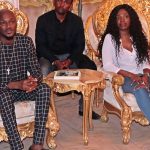