A 23-year-old mother Fiona Simpson may likely get an official bravery award for her courageous act of defiling a tennis ball-sized hailstones to protect and shield her little daughter from harmful hailstones that would have left her with nasty bruises.

News Australia confirmed that the heroic act of the 23-year-old mum may soon earn her a recommendation for a bravery award.

In a statement released by the Queensland premier, Annastacia Palaszczuk says:

“We will be recommending her for a bravery award”

The Prime Minister of Australia Scott Morrison also identified with a need to recognize Simpson.

“I certainly think she is one of the bravest people I have read of lately,”

Before her experience, she had no idea that the impact of giant hailstones on the body could be devastating.

Simpson’s body was revealed in an unsavory condition after exposing it to the frozen rain. According to reports, the incident occurred in Kingaroy a town in Queensland where she lives. 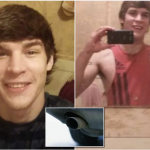 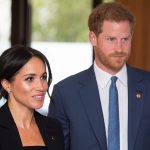