Usain Bolt, 32, has finally scored his first two goals in his trial match for an Australia’s Central Coast Mariners to boost his chances of becoming a professional footballer.

The 100m and 200m world record holder retired from athletics in 2017 and has since said it would be a “dream” to play professional football. He has previously trained with Borussia Dortmund, South African club Sundowns, Norway’s Stromsgodset, then joined the A-League club in August for an “indefinite training period”.

The Jamaican eight-time Olympic sprint champion and world’s fastest man scored the Mariners’ third and fourth goals in a 4-0 win over Macarthur South West on Friday and celebrated with his trademark lightning bolt pose.

For his opening goal, Bolt ran on to a chipped ball played by Scotland striker Ross McCormack, held off the defender and finished powerfully low past the goalkeeper.

He capitalized on a defensive mix-up for his second, with a Macarthur defender and goalkeeper colliding to leave Bolt able to tap in from close range.

BOLT HAS HIS BRACE! ⚡️

After the match, Bolt who wore No 95 shirt, in reference to his world record time over 100m said:

“My first start and scoring two goals, it’s a good feeling, I’m happy I could come here and show the world I’m improving. I’m keen to be a Mariner, to play my best and get into the team.”

The Australian A-League season begins on 19 October and the Mariners are yet to confirm whether Bolt will be offered a contract. 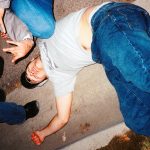 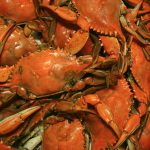