There was a mild drama during a wedding ceremony in Owerri after a beautifully dressed bride was drenched with palm oil by her husband-to-be’s first wife.

On Sunday, at the Orji area of Owerri, the Imo State capital, a first wife stormed the venue of the wedding between her husband and his new bride and poured palm oil on her wedding gown.

According to an eyewitness simply identified as Lilian.

The husband-to-be went to Apostolic Church at Orji in Owerri North to wed his second wife, but the church rejected him.

He went to Altar of Prayer Gospel Ministry at Nkwo Orji same Owerri North and the pastor accepted to wed them.

On the day of the wedding, which is on Sunday, November 25th, the first wife came and poured red oil on the second wife’s wedding gown.

Lilian ended her story with a caption which goes thus:

“All these ministries, make una take una time. Just because of money, you want to go against the word of God.”

Watch how the drama unfolded below: 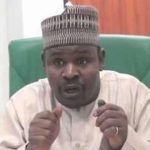 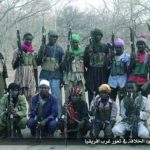