The Federal Government has approved the purchase of 400 Beretta assault rifles, along with 20,000 rounds of ammunition that will cost the sum of N272 million for the Nigeria Prisons Service (NPS).

The Minister of Interior, Abdulrahman Dambazau, disclosed this to the media after the Federal Executive Council (FEC) meeting on Wednesday, November 14, 2018.

According to the minister, the procurement is due to the lack of adequate arms and ammunition in the prison service. He made particular reference to the June 2018 jailbreak that happened in Minna, Niger State. He said:

“If you recall, not too long ago, our prison in Minna was attacked from the outside and some of the dangerous prisoners were freed.

“The prison has an armed squad. We realised after an investigation of that attack that one of the major shortcomings within that prison was lack of adequate arms and ammunition.”

On June 3, 2018, a group of gunmen attacked the prison, located at Tunga area of Minna metropolis, and engaged in a shootout with prison officials. During the attack, a prison official and a motorcyclist were killed, and over 200 inmates escaped from the Minna Medium Security Prison.

Two of the escaped inmates were condemned individuals whose death warrants were due to be signed by the state governor, Abubakar Bello, the next day.

According to the last update by the NPS in July, only a total of 51 inmates had been recaptured with the others at large. 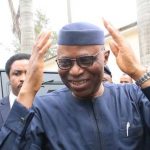 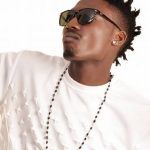