Kano State governor, Umar Ganduje, failed to show up before a panel of the Kano State House of Assembly that are investigating the allegations leveled against him of receiving bribes.

Yesterday, November 2, 2018, Kano State governor, Abdullahi Ganduje, was supposed to appear before the investigative committee set up by the Kano State House of Assembly, to investigate the authenticity of the video clips showing him receiving bribes from contractors handling projects in the state. Read the report HERE.

The governor shunned the investigating and sent a commissioner for Information, Mohammed Garba to represent him before the committee and deny all the allegations.

While addressing the committee, Garba said the allegations against the governor are false. He also dismissed the videos as doctored.

“His Excellency has categorically and unapologetically denied collection of bribe as alleged by Daily Nigerian. His Excellency has not collected and will never collect bribe. The allegation is injurious and damaging to his personality.”

Ganduje’s counsel, Ma’aruf Yakasai, told the committee that the governor has neglected to sue Ja’afar for defamation so as to allow the House of Assembly to handle the issue.

Chairman of the committee, Bappa Dan’agundi, disclosed that lawyers of Ganduje and Jaafar will meet with graphic experts to watch the video clips on Tuesday, November 6. 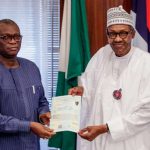 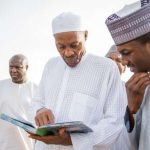