The contractor who filmed Kano State governor, Umar Ganduje allegedly receiving bribes is ready to testify against him before the Kano State House of Assembly.

On November 2, 2018, the embattled Kano State governor, Abdullahi Ganduje, was supposed to appear before the Kano State House of Assembly, to investigate the authenticity of the video clips showing him receiving bribes from contractors handling projects in the state. Ganduje shunned the investigation and sent a commissioner to represent him before the committee and deny all the allegations. Read the report HERE.

The contractor involved in the bribery video case has offered to testify against the governor before the panel set up by the House of Assembly to investigate the allegations.

The contractor revealed his intention through his lawyer, Saeed Muhd Twada, saying his appearance will depend on the panel fulfilling certain conditions that includes being allowed to wear a mask, bear a pseudonym and receiving protection from authorities for himself, family and business undertakings.

He also requested that all video clips be submitted to two experts for forensic analysis and report – one, a serving officer of the Department of State Services (DSS) and the other an expatriate.

The letter lists other conditions as:

“That a Certified True Copy of the Report(s) prepared by the experts shall be made available to our client prior to his appearance.

“That our client has undertaken to surrender to the experts, the device used in capturing all the events in the video clips submitted and others yet to be submitted for discreet analysis and scrutiny.

“That all the proposed questions to be asked by the panel in the anticipated session shall not be more than TEN (10) and shall be forwarded to our client in advance.”

He also requested that Governor Ganduje, Ja’afar, and a certain Aminu Daurawa must be present when he makes his testimony before the panel. 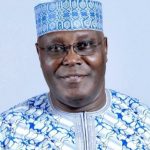 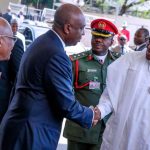