The two met during the 41st Conference and 73rd Executive Committee session of African Parliamentary Union (APU) in Abuja on Thursday, November 8, 2018.

Both leaders were all smiles as they shook hands and posed for photos before the president declared the event open with the President of ECOWAS Commission, Jeane Cloude Brou, and Chairperson APU committee, Rt. Hon. Cassama Cipriano, also present.

During the event, President Buhari urged the APU to develop strategies to assist governments to continue to fight against security challenges such as terrorism, armed banditry and organized crimes to ensure a safe continent. He said;

“Terrorism, armed banditry, and organized crimes have continued to be a security challenge for member states of the African Union; the proliferation of arms aided by abuse of the ease of movement of persons across freer borders, which have been historically in place to encourage African unity, have contributed to acts of terrorism by groups like Al Shaabab, ISIS and Boko Haram.

“Here in Nigeria, we have done a lot to reverse the terror trend and halt the advancement of Boko Haram. We have in collaboration with our neighbors strengthened our armed forces to effectively confront terror groups and have also initiated programmes to address widespread poverty, which has been identified as a significant factor fueling unrest and boosting terror recruitments.

“In spite of this progress, we are not unmindful of the remaining challenge of armed invaders who ransack villages and small farming communities and commit terrible acts including the cold-blooded murder of women and children. We are also making progress in addressing this challenge.”

The president also expressed hopes that the APU’s resolutions will aid the efforts of African governments in developing a more robust private sector to attract necessary investments to Africa.

“A conscious and affirmative resolve needs to be made by parliaments and governments across Africa to champion the cause of the continent and its people.” 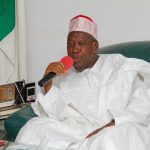 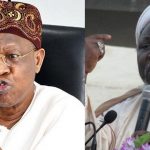