President Buhari disclosed this while speaking at a meeting with a selected group of South-east leaders led by the National Chairman of the United Progressive Party, UPP, Chief Chekwas Okorie at the Presidential Villa, Abuja, on Friday, November 16, 2018.

According to Buhari, Immediately the so-called endorsement of Atiku was announced, he got calls from well-meaning Igbo leaders asking him to ignore the endorsement, as it carries no weight.

The leaders of the delegation, Engineer Emeka Ekwuosa and the National Chairman of the United Progressive Party (UPP), Chief Chekwas Okorie, informed President Buhari that the Igbos and South-easterners generally understand the good things he is doing for Nigeria which they said, had unfortunately been misunderstood.

They promised to mobilize support for him in the south-east, saying that his re-election will be a national consensus.

The Indigenous People of Biafra, IPOB, and Ohanaeze youths also disagreed with Igbo leaders over their alleged endorsement of the Presidential candidate of the People’s Democratic Party (PDP), Atiku Abubakar in the 2019 general elections without a concrete, written and sealed agreement of what he will do for Ndigbo. Read the report HERE. 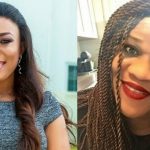 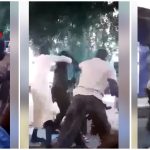