The President of the Senate, Bukola Saraki has condemned the Nigerian Police for responding late to Deputy Senate President Ike Ekweremadu’s distress call during the assassination attempt.

According to reports, The Deputy President of the Senate, Ike Ekweremadu escaped an assassination attempt on his life and family after assassins invaded his home at the Apo Legislative quarters at about 4.am on Tuesday, November 6, 2018. Read the report HERE.

Vanguard reported that the Senate President also mandated the Senate Committee on Police Affairs to investigate the alleged assassination attempt.

“We thank the almighty God for granting you and your family safety from this horrific experience. It is now under investigation. The security situation in the FCT is quite unfortunate. It is even more disturbing how poor the response by the Nigerian Police was. We hope that the police are not being partisan in the way that they treat such cases.

“I hope the Chairman of the Senate Committee on Police Affairs will find out exactly what happened so that they can ensure that this kind of thing does not happen again. We will continue to do our best to see how we can address the security situation in this country and see what we can do to give the security agencies all our support.”

Narrating his ordeal, the Deputy Senate President told his colleagues in the Senate that the assassins entered his house around 4:00 am with the intention of killing him. 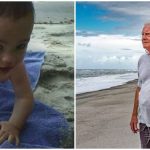 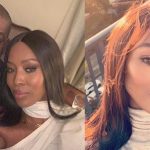