Senate President Bukola Saraki said that the real reason why police have been chasing Senator Dino Melaye in the last couple of days is to prevent him from participating in the 2019 elections.

On December 28, 2018, the controversial Kogi West Senator, Dino Melaye, cried out to the general public that the Nigerian Police invaded his Abuja residence at Number 11 Sangha street, off Mississippi, Maitama.

In response, the police said they are after the senator in order to arrest him for his alleged involvement in an attack on their colleague.

According to them, Melaye alongside his ‘armed thugs’ shot one Sergeant Danjuma Saliu, attached to 37 Police Mobile Force who was on duty at a stop and search point along Aiyetoro Gbede, Mopa Road in Kogi State on July 19, 2018. (Read the report HERE).

However, the Senate President Bukola Saraki thinks it has everything to do with politics.

According to Pulse, Saraki said Melaye is being pursued for his political affiliations and because he will be a major player in the forthcoming elections. He said:

“The general belief now is that the police action against Senator Melaye was aimed at keeping him out of circulation so that he would not participate in the general elections coming in February. The manner of invasion on his house is highly suspicious.

“This same man has been charged with sundry and needless allegations and he has attended the various court sessions. He is also a candidate in the coming elections and therefore have no reason to run away from the country.”

“If there was an offence allegedly committed in July and the police waited till now, we do not see the urgency in the need to arrest him about six weeks to the election in which he is a candidate. He could have been invited to report to the police on Monday. This desperation to haul him in is beyond normal.

“This same IGP who refused to honour the invitation of the Senate for him to give information on the security situation in the country and rushed to the court to seek protection of his rights is now violating the rights of other people. In the same manner, a senate resolution to the effect that his security personnel that were withdrawn should be reinstated has not been obeyed.

“It has not gone without notice that Senator Melaye is a member of the opposition. We cannot remember any member of the ruling All Progressives Congress (APC) being treated in this manner. Even the one who allegedly led thugs to forcefully seize the mace while senate was in session, in the full glare of television cameras, is still roaming the streets free without prosecution”.

Saraki also said that the Inspector General of Police Ibrahim Idris has become the most biased police boss in Nigeria’s history.

“This method of digging out some old charges and allegations to arrest and incarcerate political opponents has presented this current Inspector General of Police, Mr. Ibrahim Kpotum Idris, as the most partisan head of the Nigerian Police ever in the history of this country.

“We have continued to call on the security agencies to steer clear of partisanship and be professional in their activities.

“This country is not a banana country. Nobody is saying the police should not do their work in the prevention of crime and enforcement of laws. However, a pattern of creating trumped up charges, implicating those who have contrary views to the administration and employing crude tactics under the pretext of enforcing laws is unacceptable to us. It is not because Senator Melaye is the victim this time around. This should not happen to any Nigerian.

“We are disturbed that the administration remains non-challant about this negative development by claiming that these excesses and anti-democratic activities of the police are proper and normal and that they do not want to interfere with the work of the law enforcement agents, but we all know these oppressive tactics of the police have something to do with the coming polls.

“The police cannot act outside the law of the land. They should not be infringing on the rights of people. They should not be oppressing the people and they should not be adopting extra-legal measures under the guise of enforcing law. They should vacate Senator Melaye’s house immediately, release the innocent domestic staff in his house who cannot be said to have committed any offence, stop the interference with utility services in his house and ensure that all their actions are within the ambit of the law.” 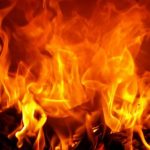 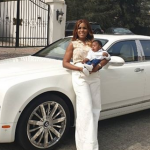