A branch of the Redeemed Christian Church of God (RCCG) located around the Total Alapere area of Lagos State has been engulfed with fire on Sunday. 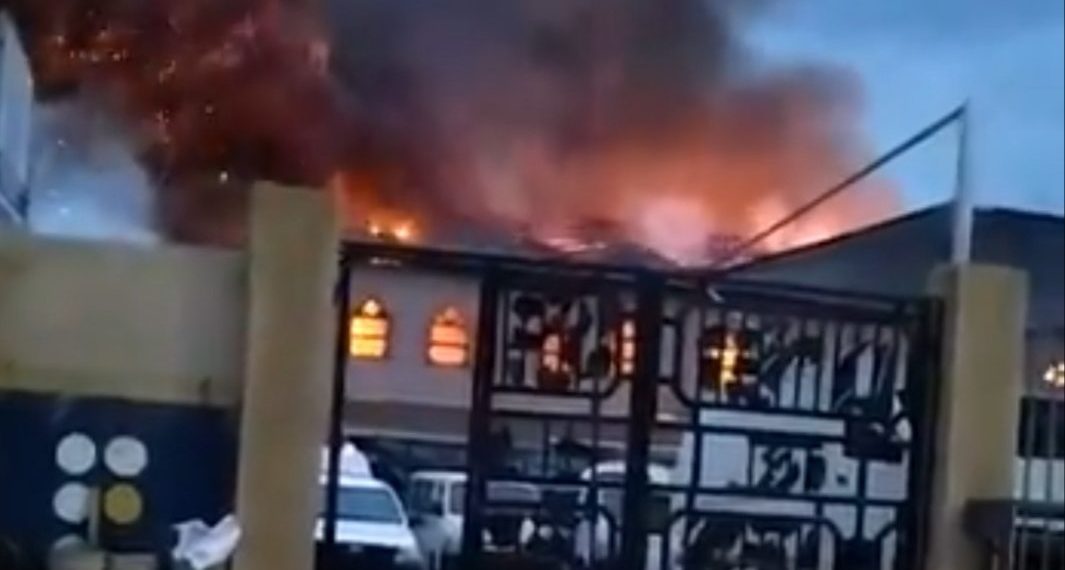 A video circulating on the social media on Sunday showed the church in flames, with several cars, including worshippers, suspected to be trapped within.

Although details of the incident are still sketchy as of the time of filing this report, it is yet to ascertain the cause of the fire or whether there are any casualties as reported by Premium Times.

An official of the Lagos State Emergency Management Agency (LASEMA), who confirmed the incident said: “Not that it just happened now, the fire started in the morning and has since been put ou.”

Nosa Okunbor, the LASEMA spokesperson, however, said he will issue a statement on the incident after confirming from his source.

“I’m awaiting confirmation, I will give a statement once I confirm,” he said.

The fre incident occurred barely three days after the General Overseer of the church, Pastor Enoch Adeboye lost his first son, Dare Adeboye, whose burial had been scheduled to begin on Sunday.