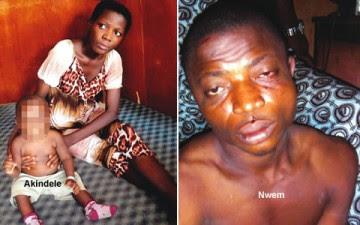 The Ogun State Command of the Nigeria Security and Civil Defence Corps has arrested two suspected child kidnappers in different parts of Abeokuta. The two suspects – Ronke Akindele and Life Nwem – were arrested in Eruwon and Idi-Ori areas of the city respectively when they attempted to kidnap their victims in separate incidents.
The state’s NSCDC Acting Commandant, Mr. Dele Adetarami, while parading the suspects, said Akindele attempted to kidnap one-year-old Basit, who was playing in company with his three-year-old brother in front of their house at Eruwon…..continue reading
Adetarami said the child’s mother had gone into the house to get water for him to drink when she suddenly heard her elder child shouting that somebody had taken Basit away.
He said, “She ran out and went after the suspect who immediately dropped the baby and attempted to escape. But the suspect was apprehended by our men who were on surveillance patrol in the area.
“It took a reinforcement of our men before the suspect could be taken away from the scene because the people insisted on lynching her.”
The suspected child kidnapper, who the corps said had already admitted committing the crime, said she was sent by a paint dealer (name withheld) in Ago-Oko, Abeokuta.
“Preliminary investigations by the corps have shown that there could be some accomplices,” Adetarami said.
The second suspect, according to him, Nwem, had been disguising in the Alapa Unity Housing Estate, Idi-Ori area as a deranged person for quite some time until last Friday when he attempted to abduct nine-year-old Itunu, who was on her way to school.
The NSCDC said, “The arrest of the suspect was made possible following a distress call we received at our headquarters in Oke-Mosan. Men of our Armed Squad raced to the scene of the incident and arrested the suspect.
“He was always pretending to be a mad man but he was said to be in the habit of using money to entice children in the community. But nemesis caught up with him as he attempted to kidnap the girl who was going to school.
“But all efforts to get the suspect to say something have so far proved abortive. However, the case shall be transferred to the appropriate agency.”
Itunu’s father, Kayode, told our correspondent that he rushed out of the house when he heard his daughter crying but was confronted with the sight of the suspect chasing her with a cutlass.
Kayode said in his attempt to save his daughter, the suspected kidnapper bit him on his leg but he was eventually over-powered by other residents who responded to his distress call.
The Ogun NSCDC boss therefore warned parents to always ensure that their children were never out of their sight.
“Mothers and all other citizens should be very cautious and conscious. Never allow your children to go out of your sight for a second. These kidnappers could be hiding anywhere within your vicinity,” he said.
Source: Punch 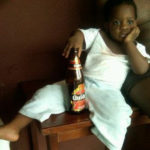 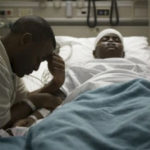