On Thursday, President Goodluck Jonathan fired Central Bank Governor Sanusi Lamido said and in the press release that was issued, a line caught my attention ”Been determined to urgently re-position the Central Bank  Of Nigeria for greater efficency, respect for due process and accountability, President Goodluck Ebele Jonathan has ordered the immediate suspension of Mallam Sanusi Lamido from the office of Governor of Central Bank of Nigeria. ….. Well it’s funny this thing is happening after he blew the whistle on missing billions of dollars in oil revenue. Read New York Times report below
NewYork Times Reports:
Governor of Nigeria’s Central Bank Is Fired After Warning of Missing Oil Revenue

President Goodluck Jonathan of Nigeria removed the governor of the country’s central bank from his post on Thursday, after the bank governor repeatedly charged that billions of dollars in oil revenue owed to the treasury was missing.
The dismissal of the bank governor, Lamido Sanusi, was seen as further evidence of the Nigerian government’s weakening resolve in tackling widespread corruption, a problem that has plagued the country since independence, analysts said.
Mr. Sanusi’s removal was greeted with dismay in financial markets. The country’s stock market fell sharply, bond trading was halted and the value of the Nigerian currency, the naira, plunged to a record low against the dollar before the bank intervened to prop it up. Outside investors had generally seen Mr. Sanusi as an effective regulator of the country’s troubled banking sector; his tenure was scheduled to last until June.
His dismissal, along with a series of accusations of misspending by high officials and a presidential pardon last year for a state governor convicted of stealing millions, has prompted Nigerian news outlets to depict Mr. Jonathan’s government as too casual about corruption.
At the heart of the problem are the billions of dollars in oil revenue that accrue each year to Nigeria, the largest oil producer in Africa. Oil yields 95 percent of the country’s total export earnings, and Mr. Sanusi has been saying for months that a substantial portion of the money was missing from public coffers.
Oil wealth has created a small but immensely wealthy elite in a country where poverty is on the rise; by some estimates, nine-tenths of the economic benefits from oil production go to 1 percent of the population. So when oil money goes missing — and Mr. Sanusi has said that as much as $50 billion could be unaccounted for, a figure since revised downward — it touches a nerve in Nigeria.
A parliamentary committee is now investigating the claims of missing oil money, first raised by good-government groups and given added weight by Mr. Sanusi. Even the country’s finance minister, a staunch defender of Mr. Jonathan’s government, has called for an audit.
Mr. Sanusi, an aristocrat from the ancient Muslim city of Kano, raised the issue in a letter to Mr. Jonathan in September, saying that the state-run Nigerian National Petroleum Corporation, or N.N.P.C., had failed to turn over nearly $50 billion in revenue over an 18-month period, from January 2012 to July 2013, “in gross violation of the law.” Though oil prices were strong, official figures inexplicably showed declining revenue and falling reserves.
Exactly how much money may be missing is unclear, as Mr. Sanusi acknowledged in a letter to the Nigerian Senate this month. It could be “$10.8 billion or $12 billion or $19 billion or $21 billion — we do not know at this point,” he wrote, adding that the apparent diversion “has been going on for a long time” and could “bring the entire economy to its knees” if it is not stopped.
But he may have taken on too big an opponent in the national oil company. The sprawling company acts as the country’s oil buyer, seller, explorer, producer, processor and regulator, and is “at the nexus between the many interests in Nigeria that seek a stake in the country’s oil riches,” according to a 2010 Stanford University study.
The study said that while the company “functions well as an instrument of patronage,” it is neither competent nor efficient in its many operations. Mr. Sanusi went further, accusing it this month of “illegal and unconstitutional acts,” including transferring income from government-owned oil properties to “private hands.”
The oil company reacted to Mr. Sanusi’s accusations with outrage, though it initially acknowledged that about $10.8 billion in oil revenue had not been accounted for. Then on Thursday, Mr. Jonathan’s government ousted Mr. Sanusi, saying his “tenure has been characterized by various acts of financial recklessness and misconduct.”
Anticorruption activists said that explanation for his dismissal would not be widely believed.
“Nigerians will see it as the result of the whistle he has blown on the nonremittances by the N.N.P.C. to the Federation Account,” said Dauda Garuba of the Revenue Watch Institute, which is supported by George Soros’s Open Society Foundations, among others. “Public opinion agrees with Sanusi.”
Another watchdog group in Nigeria, the Policy and Legal Advocacy Center, said in a statement Thursday that Mr. Sanusi’s removal exposed “the wider ramifications and impunity of corruption currently bedeviling the fiscal responsibility and accountability of this government.” 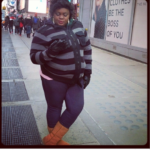