Essien made this claims while addressing journalists in Abuja on after he boasted that rather than lose Akwa Ibom in 2019, the PDP would even perform better than it did in 2015 because of the exit of Akpabio, who, he described as a destabilizing influence on Governor Udom and his administration while he was in the party. He said:

“Whoever says that APC will win Akwa Ibom in 2019 because Akpabio’s entry into the ruling party, is merely daydreaming because we know as a fact that the defection of the former governor to that party has actually exacerbated its brewing crisis and dwindled its fortunes,” Essien said.

“Akwa Ibom is one state that will always vote PDP and there is nothing the APC can do to change that. As a matter of fact, Akpabio’s exit from the PDP has made the party stronger in the state and freed governor Emmanuel Udom to perform better and more independently from the shackles of a distracting godfather, who wanted to be worshipped and adored as a god.

“Our candid advice to the APC is to concede defeat and prepare for 2023 rather than engage in endless propaganda of winning Akwa Ibom and how the governor has not performed in their own imagination.

“It is on record that Udom has delivered on most of the promises he made to the people of the state despite the distraction by Akpabio and the huge debts he left behind hanging on the governor’s neck.

The former minister noted that although the president had appointed more indigenes of the state into key positions than any other administration, the Buhari government has nothing on the ground to show as its achievements in the state.

He also accused the Buhari administration of waging a lopsided anti-corruption war targeted at the opposition while its members wallow in unbridled corruption without any challenge from any quarters.

Accordingly to the former minister, Atiku will win the next election with ease because of the failure of Buhari to address the basic needs of Nigerians and stamp out nepotism and insecurity and fix the worsening economy. He also said Atiku has what it takes to fix the troubled economy and move the country forward, basking on the goodwill of most Nigerians, which the former Vice President enjoys.

“Yes, Atiku will win the 2019 Presidency easily because most Nigerians do not want Buhari to continue having failed woefully to meet their basic expectations. They want a change and Atiku has both the goodwill and the resource to win,” the former minister stated. 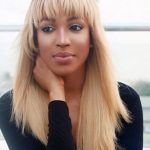