The vice presidential candidate of the Peoples Democratic Party (PDP), Peter Obi, claimed that President Muhammadu Buhari is leading the country to nowhere, and keeping him in power for the next four year would only make Nigeria’s economy will keep bleeding.

Speaking in Lagos on Saturday, December 22, 2018, Obi made reference to the 2019 budget President Buhari presented to the National Assembly on Wednesday.

According to him, Nigeria will not survive if Buhari’s goes ahead with plans to tax “poor Nigerians”, in line with provisions of the proposed budget which is largely focused on debt servicing. He said:

“Nigerians are currently the poorest people on earth, yet the Muhammadu Buhari administration of the All Progressives Congress (APC) is still looking at taxing them the more.

“Take look at the budget presented by the President a few days ago and you will see that it does not give anyone hope instead, it tells us that we are still where we have always been.

“A quarter of the budget is meant to service debts, and that is about 60% of the budget while the President keeps telling Nigerians to tighten their belts because of the harsh times staring at us in the future.

“Does that give anyone confidence in this government? Not at all, I dare say. While presenting the budget, he said that the government is looking for ways to tax Nigerians the more. What are you taxing the poor people for?

“Does that give any one of us hope in this government? That means that if we keep them for the next four years, we are finished.”

Peter Obi also boasted that his party’s presidential candidate, Alhaji Atiku Abubakar, will “reverse the situation” if elected to power. He said:

“We know the situation looks gloomy but we are not scared of going in to salvage the country. The situation with Nigeria is like an accident victim. The first thing to do in such a situation is to stop the bleeding first by applying first aid before the real treatment.” 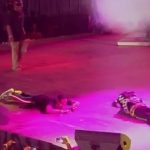 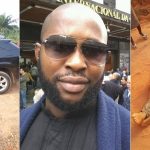