The presidential candidate of the Peoples Democratic Party (PDP), Atiku Abubakar has accused President Buhari of Intimidation, harassment, and persecution and his political opponents.

According to Vanguard, Atiku made this accusation in a statement which he issued to newsmen through his media aide, Paul Ibe on Monday, December 18, 2018.

“However, since coming to office, President Muhammadu Buhari has refused to reciprocate the good treatment meted out to him by the PDP and has instead persecuted, harassed and attempted to intimidate his likely opponents, even before they became candidates.

“Their businesses have been affected with the government either pulling out of or attempting to pull out of commercial contractual agreements freely entered into between government agencies and businesses owned or partly owned by perceived presidential opponents.

“Also, in a bid to intimidate the Presidential candidate of the PDP, Atiku Abubakar’s plane was invaded by a crack combined military team on November 11, 2018. That was unprecedented in Nigeria’s history and never occurred even under military rule.

“Opposition presidential candidates who participated in peaceful marches have been arrested and are currently facing trial. Others were set up by government agencies including the Code of Conduct Tribunal and were tried until the government’s case collapsed at the Supreme Court. Atiku, Buhari bicker over corruption allegations.

“The account of the Vice Presidential candidate of the PDP (Peter Obi) was frozen even as opposition Presidential candidates were falsely accused of involvement in armed robbery and when the government’s case was falling apart, their main suspect suspiciously and suddenly died in police custody.

“An opposition candidate on the verge of winning an election was strangely charged for examinations malpractices and his win was overturned.” 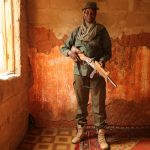 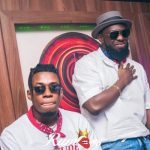