George Sr was the 41st President of the United States, his career in politics spanned more than three decades and culminated. He spent a lifetime in public service and as the nation’s leader scored a decisive victory over Saddam Hussein but battled a faltering economy.

Along with being President, George Sr also served as the 11th director of the CIA and 43rd Vice President of the U.S. under President Ronald Reagan. Bush was inaugurated as President on January 20, 1989.

George’s father, Prescott, was a U.S. Senator. His oldest son, George W., was the 43rd U.S. President and his son, Jeb, was Governor of Florida.

Family spokesman Jim McGrath says the former President passed away Friday at 10:10 PM in Houston at the age of 94. His death comes 7 months after the passing of his wife of 73 years, Barbara Bush.

George Sr. had been in declining health in recent years and was in and out of the hospital several times. He was admitted to the ICU at the Houston Methodist Hospital back in January 2017 due to pneumonia. Barbara was also admitted with her own health issues.

They both recovered and took part in the ceremonial coin toss at Super Bowl 51 together just a few weeks later.

The former President notably sent a letter to then President-elect Donald Trump in January 2017 saying he couldn’t make the inauguration due to doctor’s orders … joking it would put him “six feet under” to sit outside in the cold.

George Sr is survived by five children, including former President George W. Bush and former Florida Gov. Jeb Bush, 17 grandchildren and 8 great grandkids. He also had a daughter, Robin, who died at age 3 from leukemia. 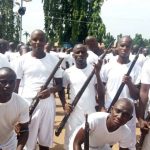 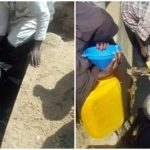