River State Governor, Nyesom Wike has decried the worsening insecurity in Nigeria, alleging that some of his colleagues are only running to Abuja to take photographs with President Muhammadu Buhari, instead of tackling the challenges in their states. 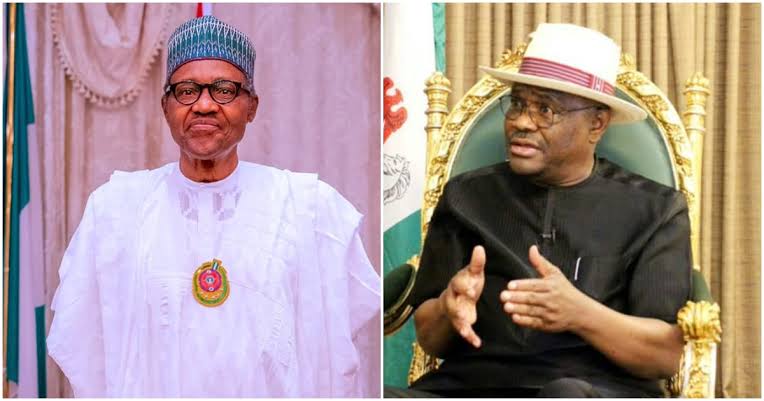 Wike stated this on Tuesday during an interactive session with some traditional rulers, political leaders, and other stakeholders at the government house in Port Harcourt, the state capital.

The governor said instead of some leaders to tackle the security crisis in their states, they are busy going to the Presidential villa to take pictures with the President so that the world will know that you’re close to him.

“Nigeria has totally collapsed. Look at today — what happened in Nasarawa and Benue states; how they slaughtered people on the road,” Wike said.

“See what is happening in Niger state and the APC governor there is crying, saying he has been talking to the federal government but nobody has listened to him. And that Boko Haram has come to take over the state, which is closest to Abuja.

“Look at Kaduna and Imo states; there is insecurity everywhere. The only anger I have with Imo state governor is this: I don’t know how people politicise things.

“Nigeria has a lot of problems and they keep running to the villa everyday to disturb Mr. President, for him to see their faces, pose for photographs and will not allow him to work.

“You know you have crisis at your place; you can’t stay to solve it. But every day, you go to see Mr. President so that the world will know that you’re close to him.”

Wike also criticised governors under the All Progressives Congress (APC) for being insincere with their claims that their party has solved the problems of hunger and unemployment.

According to him, governors should focus on finding solutions to the challenges affecting their states, rather than embark on frequent trips to Abuja.

KanyiDaily recalls that Benue State Governor, Samuel Ortom had also lamented about the rising cases of insecurity in the country, alleging that President Buhari is working for the Fulani to take over Nigeria.