A political group, ‘I Stand With Buhari‘, has threatened to expose alleged sponsors of terrorism and banditry in the country within one month if they fail to denounce the acts. 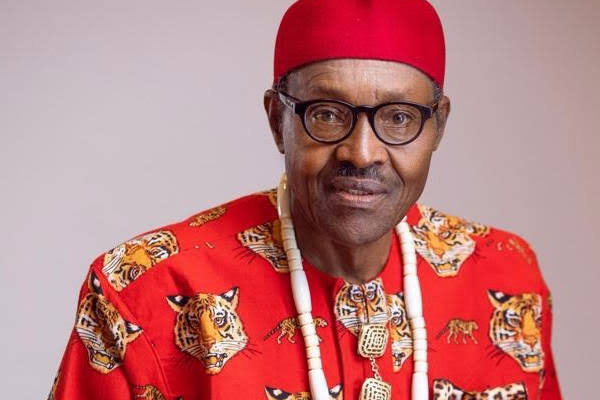 Mr Ifeanyi Ezedinma, spokesman for the group issued the threat during a news conference on Thursday in Abuja, NAN reports.

Ezedinma condemned the sabotage of the government`s efforts towards curbing security challenges in the country.

He said the group was in possession of some classified documents on the alleged sponsors including their residential addresses and their locations in the country.

According to him, the sponsors who have politicised the security challenge in the country, intend to score a cheap political goal by unleashing more terror in some volatile states, especially in the Southern part of the country.

READ:  We're Not Your Boys Scout, You Can't Push Us Around For 2023 Agenda - Arewa Youths Warns Tinubu

“We also have a list of their names, from state governors down to political influencers, youth organisations, as well as clandestine organisations under their payroll.

“We are therefore giving them until the end of the month to disband their private militia and discontinue their sponsorship of banditry and terrorism in Nigeria.

“If they refuse by the end of the month, we will not only expose their identities to the world but will also embark on mass action against them in their respective locations,’’ he said.

Ezedinma said it was sad that the individuals concerned do not mind sponsoring deaths of thousands of fellow citizens, kidnapping young kids and even raping and murdering them.

He, however, stressed that the President Muhammadu Buhari-led administration would not be subdued, threatened or terminated until it officially hands over power in 2023.

Ezedinma expressed optimism that in spite of the current situation, Nigeria would be great again, adding that there was a need for all hands to be on deck to address the situation.

“Nigeria is indivisible and will remain indivisible. Buhari means well for the country and is working to ensure that all agents of darkness sponsoring the current security challenge are exposed and brought to book,” he said.

Ezedinma assured security operatives that the larger population of Nigerians was in support of their gallantry in fighting to keep the country safe, urging them not to be deterred.

KanyiDaily recalls that Obasanjo had accused President Buhari of encouraging criminality by paying ransom to kidnappers, bandits and denying it.

READ:  LOL, This man got stuck in a refuse bin in broad day light

Buhari, Jonathan Are Foolish For Paying Ransom To Kidnappers And Denying It – Obasanjo