The Acting Chairman of the Economic and Financial Crimes Commission (EFCC), Ibrahim Magu, snubbed a question thrown at him by a journalist on Governor Abdullahi Ganduje’s alleged bribery videos.

Governor Abdullahi Ganduje headlined the news over the past few weeks after a publisher with Daily Nigerian, Ja’afar Ja’afa, published a series of videos showing the Kano State Governor, Abdullahi Ganduje receiving bribes from contractors handling projects in the state. According to reports, Gov Ganduje received a total of $5 million in installments from contractors on several occasions. Read the report HERE.

During a press conference at the EFCC headquarters in Abuja on Monday, November 12, 2018, a journalist asked Magu if the EFCC was investigating Ganduje’s alleged bribery videos. he said:

The Federal Government has also disengaged itself and said there’s no reason for President Muhammadu Buhari to engage himself with the bribery scandal. Read the report HERE. 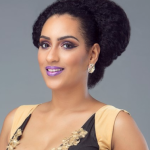 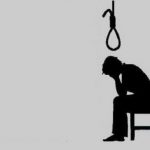