The campaign office of the All Progressives Congress (APC) governorship candidate in Enugu state, Mr. George Tagbo Ogara, and two campaign buses branded ‘Buhari/Osibanjo’ were set on fire by hoodlums.

According to Premium Times, the office and the two buses were alleged to be burnt by some improvised explosive device, IEDs, on Saturday, December 22, 2018.

The APC Guber candidate, Mr. Ogara claimed the Improvised Explosive Devices were used to destroy his buses and campaign office by hoodlums he said he does not know where they came from or who sent them. He added:

“Improvised Explosive Device, IED, bomb is not a matter a civilian like me can intervene. The police and DSS will investigate that matter.”

Mr. Ogara is currently embroiled in a legal battle with his party, APC, for publishing the name of a former senator in the state, Ayogu Eze, as its candidate for the 2019 election.

Mr. Ogara who took his party to court is claiming right to the governorship ticket. The case will be up for hearing at a Abuja Federal High Court in Abuja on January 10. 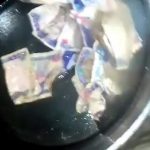 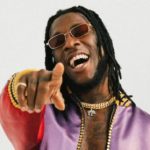