The former spokesman of the All Progressives Congress (APC) Timi Frank has alleged that the Federal Government is planning to arrest all those that matter in the opposition’s hierarchy in the country on trumped-up charges.

Frank said that among the list of those to be arrested is the presidential candidate of the Peoples Democratic Party (PDP), Atiku Abubakar, Senate President Bukola Saraki, the PDP chairman, Uche Secondus, Senator Ike Ekweremadu, Speaker Yakubu Dogara, and others.

According to Daily Post, the former APC spokesman said this in a statement, condemned the siege on the Senator Dino Melaye’s home by the police and called on all Nigerians to condemn the action, saying that the plan is to keep Melaye out of circulation till after the elections in 2019. Frank said:

“This is condemnable and unacceptable in a democracy.

“Earlier in the life of this dictatorial administration, agents of the Department of State Services, DSS, forcefully gained entrance into the residence of some Judicial Officers in the midnight, all in the name of anti-corruption crusade.

“The Nigeria police has now taken this impunity a notch higher by disconnecting water and power supply from the House of a Federal legislator for no justifiable cause. This is the second time the police would besiege Melaye’s house under the present Inspector General of Police, Ibrahim Idris.

“We must all condemn this terrorist act being visited on a Nigerian citizen. Today it is Melaye. Tomorrow it might be you or me. Nobody is safe in this country any more.

“If you escape being mowed down by criminals and outlaws because of the inability of security forces to protect the people, the same security forces will come after you by breaking your house and disrupting your water and power supply, all in the name of trying to arrest you to face spurious charges.

“We know that no individual can be above the laws of a society, but when lawful agencies themselves break the law by turning themselves into political instruments of vendetta against perceived opposition figures, then they are invariably preparing grounds for chaos and anarchy to resign.

“They are doing this because they don’t want the 2019 elections to hold. They fear defeat and they are seeing defeat. They want to scuttle the elections and blame it on unrest and insecurity.

“Is it for nothing that the military that are battling to hold their own against Boko Haram insurgents in the northeast without success, recently announced that they will commence Operation Python Dance (operation intimidate opposition and rig elections for Buhari and APC) throughout the entire states of the federation in January?

“Is it for nothing that the police, whose over 100 of its personnel deployed to fight Boko Haram alongside the military in the Northeast recently abdicated their duty posts? Yet they have enough personnel to lay siege on Melaye’s house with a vow to stay there until they deliver him to jail.

“They recently delivered Deji Adeyanju to prison. Now they are after Melaye. I am aware of their plans to also arrest Senate President Bukola Saraki, the National Chairman of the Peoples Democratic Party, Prince Uche Secondus, Senator Ike Ekweremadu, ex-Vice President and presidential candidate of the PDP, Alhaji Atiku Abubakar, Speaker Yakubu Dogara and all those that matter in the opposition’s hierarchy in the country on trumped up charges.

“This is the time for all men of good conscience to rise and speak against democratic demagoguery now in full bloom in the country under Buhari. The fabrics of our nation are being torn apart and we cannot afford to remain silent while our country is being ravaged by flames ignited by a failed administration.

“I also urge the international community to note the illegal use of the nation’s security to crackdown on opposition figures by the present administration. I dare say that no amount of intimidation, arrest and persecution will stop Nigerians from voting out Buhari in the coming election. ‘How many opposition politicians police and soldiers go kill?’

“I hereby call on the international community to prevail on President Buhari to withdraw the police from Melaye’s house and free Deji Adeyanju because we are in democracy and not a military junta.” 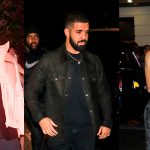 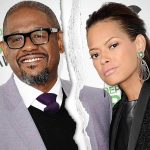